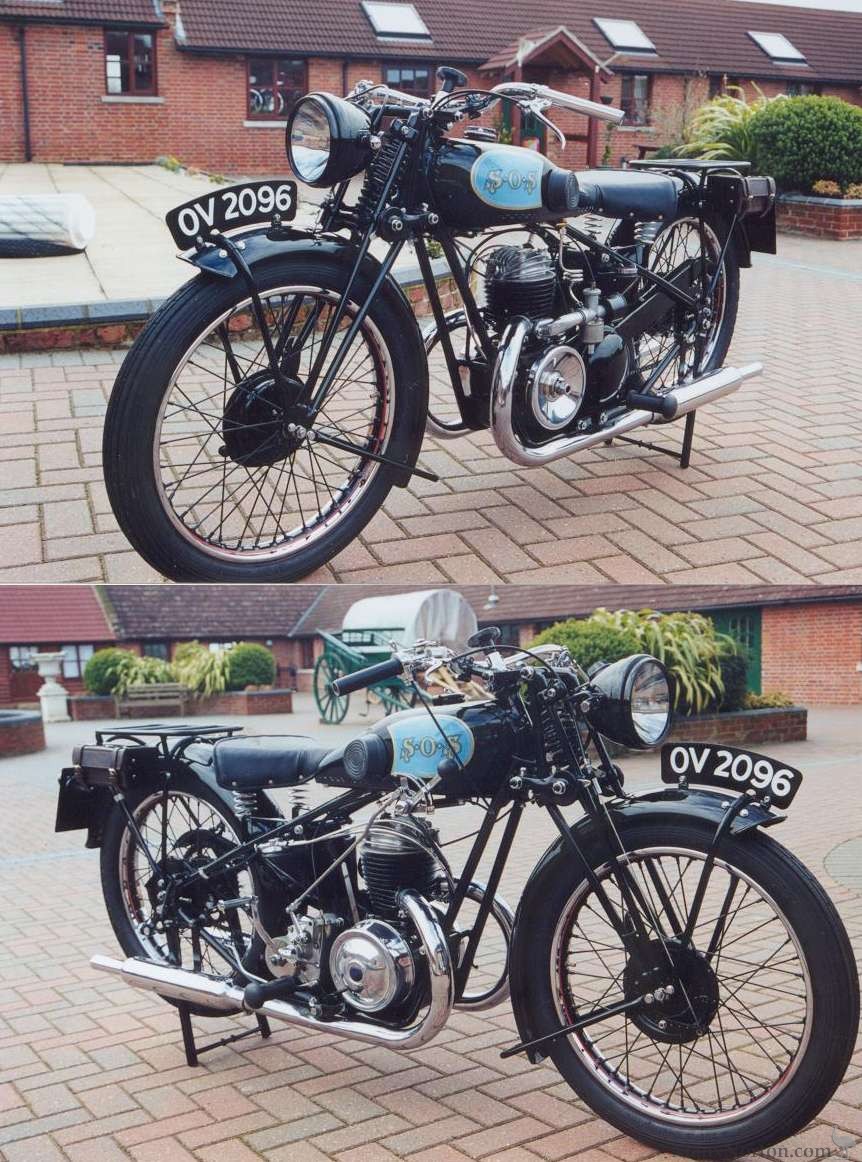 I don't know his full name, but what a lovely bike. 2-strokes aren't really my cup of tea but I could almost change my mind here.

The SOS (Super Onslow Special) bikes were built in the late twenties through to 1939, though control of the firm passed to a Tommy Meeten in the mid thirties. The Vale-Onslow motorcycle shop still trades in Birmingham, and Len is officially Britain's oldest working man. He recently rode a bike of his own manufacture, in London, to celebrate his 100th birthday.