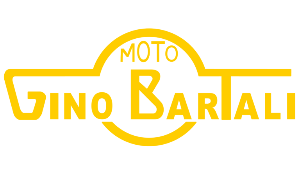 
Facebook Warning!
A Brief History of the Italian Marque
Manufactured 1953-1961 in association with Roberto Stavini

Gino Bartali was a cycling legend, having won the Tour de France twice (1938 and 1948) and the Giro d'Italia three times (1936, 1937 and 1946). In 1953, having retired after three decades of competition, he turned to the manufacture of bicycles, and later to motorcycles, producing in his Florence workshop a range of two-strokes of 50cc to 160cc, and it seems likely that some of his engines were built by BRM. His last machines were built in 1961.

Bartali bicycles are regarded as highly collectible; the motorcycles are much rarer.

Little known before his death in 2000 is the story of his wartime escapades. He was a member of a secret network set up by the Catholic Church to save Jews, many of them German refugees, from the Nazi invasion following Italy's change of heart in 1943. The church's efforts were successful, with some 80% of Jews in occupied Italy escaping the horrors.

Bartali was apparently a very humble person. The BBC quotes his son Andrea as saying, "When people were telling him, 'Gino, you're a hero', he would reply: 'No, no - I want to be remembered for my sporting achievements. Real heroes are others, those who have suffered in their soul, in their heart, in their spirit, in their mind, for their loved ones. Those are the real heroes. I'm just a cyclist.'"

dennis.zimmer<AT>lpl dot com
I have a 160cc Bartali dirt bike complete except for the magneto side case cover. This is a very rare bike, A guy in Australia has one and maybe some owners in Italy. This company made bicycles and a small number of motorcycles in the early 60's, I would like to communicate with anyone that has a Bartali.
Dennis