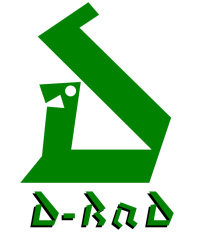 Sales literature from 1922 states that motorcycles had been produced since 1919 as the "Star" model, which had 392cc horizontally opposed engines designed by H.F.Günther. In 1922 a new model appeared under the D-Rad marque. The M23 was similar to the Star but had many detail changes and better cooling now. This was followed in 1924 by the M24 which was further improved and visually still very similar to the earlier machines. 1925 saw the production of automobiles cease and the company devoted itself entirely to motorcycle production, releasing the R 0/4 and R 1/4 models. Annual output was 8000.

Martin Stolle of BMW replaced Max Christiansen in 1927, and introduced a new engine design in 1929.

The D-Rad machines developed under the direction of Martin Stolle in the thirties were extremely successful motorcycles which were ridden in competition by Franz Heck, Franz Seelos, Max Polster and Paul Bülow.

The financial crisis was deeply effecting the company, sales figures had plummeted, and production was becoming increasingly difficult. NSU bought the D-Rad company in 1932, along with 1700 complete motorcycles, and production of the D-Rad ceased in August.

Many D-rad motorcycles were powered by their own 500cc sidevalve engine, and they also used Bark two-strokes (R20, 1931).

They also built their own sidecars, and D-Rad sidecar taxis were in service in some German cities.

They exported to Poland, Bohemia, Moravia, Slovakia, the Balkan countries and other parts of the USSR. Total production was 44,500, a substantial figure in those times.

A German flat twin motor cycle, the engine of which closely follows British lines, while an American type front fork is fitted - the Deutsche Werke.

As an example of a good class 500 c.c. machine, with a powerful company behind it, the Deutsche Werke flat twin is interesting. This is produced in the former Government munition factory at Spandau, and is evidently the work of an engineer who has closely studied British design.

The engine is a flat twin, recalling the Douglas, with vertical inlet valves, the rocker arms of which are enclosed in a metal box with hinged cover. Without having any startlingly novel features, it is a smart job.

The Dreirad Modell L7 was exhibited at the 1928 German Motor Show in Berlin. Fitted with the outdated 496cc side-valve single-cylinder four-stroke engine from the R9 motorcycle mounted beneath a protective hood, it was capable of 48 to 55 km / h, depending on the gearing, and had a 1/2 tonne payload. The driver and front passenger sat in tandem behind the load tray. Series production began in 1929, but when sales dropped off as a result of the global economic crisis and a fire in the Spandauer Works, production ceased in 1932. It resumed under a new company - NSU-D-Rad - and the last of the dreirad machines were built in 1934. Some 1000 were built in total, it is estimated.

The Dreirad Modell L 7 1929 was similar in appearance to the BMW Dreiradwagen of 1932.

12-Dec-2019
19631404spd at gmail.com
1925 D-Rad
I have the engine and tranny from a 1925 D-Rad /4 bike. I want to ride it in the Cannon Ball but I'll need information of what later model frame, suspension, wheels etc., etc., that it will fit. The /4 has VERY poor brakes & I need to upgrade them for that 3000+ mile trip. Basically I need a later model bike W/a blown motor or ideally no motor at all. I'm located in the USA. Any & all information will be gratefully appreciated. ITYAIA Ken
Ken Garver
Paterson, NJ 07504

28-Apr-2019
19631404spd at gmail.com
1925 D-RAD RO/4 (I think)
I've got the motor & transmission from what I believe is the above motorcycle. I'll need help in confirming that though. What numbers on either or both parts do you need 2 confirm what I actually have? I thank you ALL IN ADVANCE

Mon Apr 18 2011
bacdava419<at>yahoo dot com
help needed
d-rad type r9
hello. My name is Andrei Banu and I am working with the Technical Museum Dimitrie Leonida in Bucharest Romania. This museum has a Type R9 D-Rad motorcycle that wishes to put out for display. Unfortunately we lack any info on the history of D-RAD and this model we own. Please be so kind to provide us with any info and pics you might be able to share. Thousand regards, AB
Bucharest , Romania

Thank you for responding to my request. Here you have the pics I own for the D-Rad. Also I have the same problem identifying few more motorcycles - a Rudge and a Villiers with Buchet engine. Another one I have identifyes as a Peugeot P102B but I couldn't find any history of the model or any data about it. These motorcycles (along with others that I already identified and gatherd some info) are owned by the Technical Museum in Bucharest. Unfortunately they are in a verry poor shape and me and some friends (the Dacii Liberi club) decided to do something abot that. At first we want to provide each bike with adequate tag displaying al the info a visitor might request in a museum. The next stage would be trying to bring the bikes in a better shape and even make them run again. Unfortunately the museum cannot provide any financial help so this second stage might have to wait until we can aquire the sponsorship required for the materials and the tools we're still lacking for the job (if you know some people that might help us with these- not money, materials and tools that are still in good shape that they don't use anymore( old grinders, paint gun, sand-blkast gun, anything at all) i'd apreciate putting me in contact with them)
In this mail you have the pics for D-rad and the Rudge and I'll send you another with the Peugeot and the Villiers.
Thank you very much for any help you can give us.
(Images of the other marques are posted in the relevant locations.)