Challenge Cycle Co of Coventry was run by Edward O'Brien.
1912 Spennell's list them of Foleshill Rd (Tel 270), Coventry and manufacturers of motorcycles. 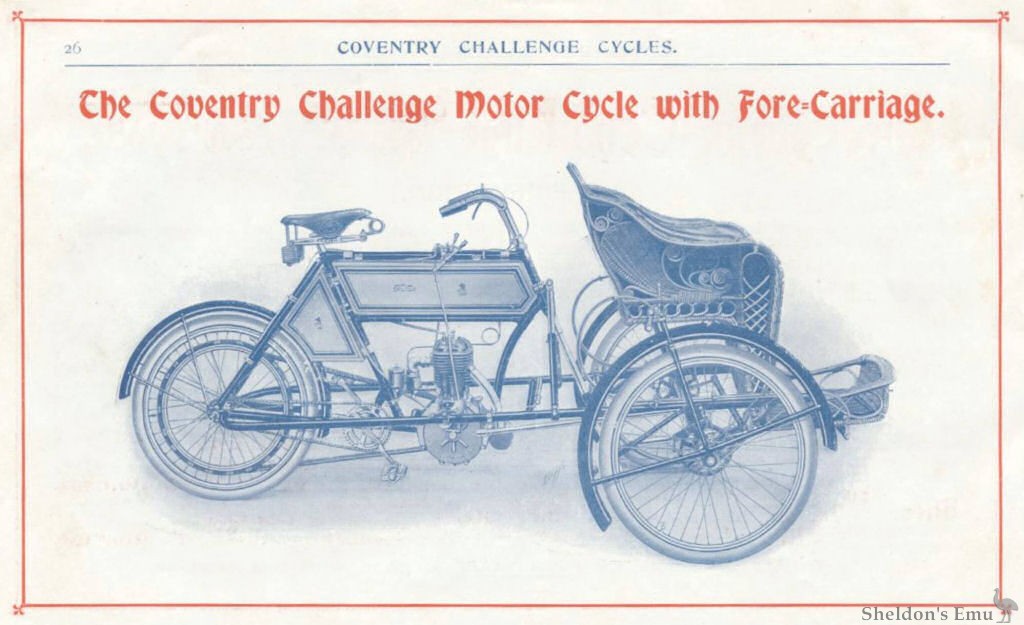 EADIE, B.S.A or any other Fittings used if desired.

THIS is undoubtedly the best designed. strongest, easiest- running Carriage yet produced. Special springs take up the vibration. It obviates all possibility of side-slip. The front of the cycle is removed entirely and a special steering stem inserted ; this dispenses with the spring in the forks, and renders the steering much more positive. The extension of the main tubes to the back portion of the Motor Cycle makes the vehicle more rigid, besides allowing of their use as foot rests. The attachment is much simplified and admits of the Fore-Car being easily removed. Experience, however, shows that the advantages offered by having the Fore-Car fitted are such that it is rarely taken off. A powerful band brake, actuated by the foot, is fitted to both wheels. The chair is beautifully upholstered in best Crockett's Leather.