Clément Ader, a pioneer of aviation and telephone services2. He designed and patented a lightweight V-twin engine for use in his aviation projects. The firm Automobiles et Moteurs Ader was not his own, it was created by S.I.T. who owned the rights to his name. See below.

Ader's work involved developing both steam-powered and petrol engines, and his petrol engine was used in a prototype V-twin motorcycle with shaft drive.

Examples include BMW, Zundapp and Velocette LE Cardan drive eliminates chain and associated mess and maintenance. Often referred to as a "diff", the final drive unit consists of bevel crown and pinion gears.

The Ader company continued to build automobiles until at least 1907. These included motor cars with V4 and V8 engines which were probably designed by M. Ader but as the patents were in the name of S.I.T. there is no way of knowing this for sure. He also built at least two motorcycles using his V-Twin engine, believed to be the first of type after the Daimler.

The Guélon Collection was auctioned at Sale Rétromobile on the 9th February 2018.

Lot 236 was described as a Moto Cardan, a shaft-drive transverse V-twin with a "Moteur Ader". One of the excellent photographs published by the auction house shows a plaque on the tank of the machine which reads "Moto-Cardan - Brevete SGDG" (sans garantie du gouvernement), and cast into the front of the engine crankcase are the words "Brevete Ader".

Bourdache (p161) refers to a shaft-driven transverse 3 1/2 hp 958cc (66 x 70mm) V-twin by Ader which preceded the Moto-Cardan, of which there is now "little trace". The page shows a line drawing of the same V-twin, along with one of a single cylinder Moto-Cardan de Ojam. A photograph of a very similar Ader transverse V-twin is in the archives of the BNF, also captioned Moto-Cardan de Ojam.

More recently, in his zhumoriste blog Bourdache writes, "At the 1903 Paris Motor Show, a Moto Cardan was presented, equipped with a large Ader brand transverse V-twin engine with automatic valves."

So, it appears that despite arguments to the contrary, there was a strong relationship between Moto-Cardan and Ader.

Lot 204 is described in the auction catalogue as "c.1906 Moto de course 2 cylindres 1000 cm3 inconnue". The similarity between this engine and that in Ader's patent drawing of November 1901 is unmistakable. There are letters stamped into a metal plate directly below the carburetter on the starboard side but they cannot be clearly distinguished from the photograph. The cable mount would probably need to be removed to gain access.

Gérard Martin writes of the V-twin, in essence:

M. Ader suffered financial distress when the French government withdrew funding after his steam-powered Avion III aeroplane failed an 1897 flight test on a circular track a mere 450 metres in diameter when unfavourable cross-winds caused an aborted takeoff. The incident resulted in serious damage to the quite fantastic aircraft which looks for all the world like a gigantic bat.3

At this point Ader's project had cost today's equivalent of five million dollars.

The government representative who witnessed the incident and authored the negative report which caused withdrawal of financial support by French authorities was none other that the Minister of War, General Mercier, infamous for his role in the affaire Dreyfus. 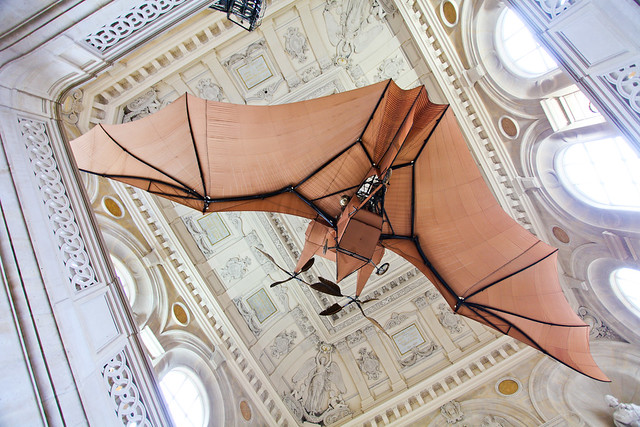 As a result of M. Ader's monetary woes he was made bankrupt, and ownership of many of the patents passed into the hands of S.I.T.5, a very large and powerful financial group which at the time controlled the telephone network for most of France. It is understood that as part of the deal to pay his debts his forthcoming patents were also to be sold to S.I.T., so although most of the patents after 1898 are in the name of S.I.T., they are most likely the work of Clément Ader.

Footnote
A cynic may ponder the reason for Mercier's apparent misreporting of the events which led to M. Ader's very valuable assets falling into the hands of those who had so much to gain from them. This act removed France from her position as leader in the field of aviation. However, this translation of Mensier's Report sheds further light on the matter.

General Mercier, a nationalist, was at the same time primarily responsible for the injustice done to Alfred Dreyfus, sentenced to life imprisonment on Devil's Island on trumped up charges. The subsequent turmoil it caused in France and the damage it did to the country was incalculable, and it prompted Emile Zola's timeless J'accuse...!.

On the other hand, pioneer aviator Langley inspected the Avion III in France and was of the opinion that it would not fly and had no future. Langley himself never flew, and nor did his aircraft until substantially modified by Glenn Curtiss many years after Langley's death. That aircraft was also the subject of considerable controversy, and put a permanent stain on the reputation of the Smithsonian.

Sources:
pit-lane.biz, Wikipedia and others with particular thanks to Gérard Martin for his research, explanations and inspiration. Gérard had spotted the Ader by pure chance when a friend asked him for information about a motorcycle in the same auction. (A 3 cyl Anzani, I think).
Bourdache discusses Ader on pp 157, 161 and 162.
An informative discussion on Ader, the Wright Bros and others on Stack Exchange.

It should be noted that several sources including Tragatsch contain outdated information on Ader's motorcycles.