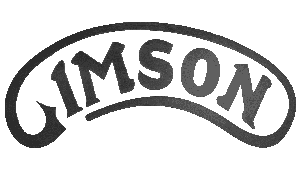 The business was established prior to WWI as a clockmaker and bicycle builder, and sold Automoto motorcycles in small quantities in those years.

In the mid 1950s they began building mopeds, initially using Gamo engines from the Parés brothers of Barcelona. At its peak, the original company had 100 employees, but faltered dramatically when the 1973 oil crisis hit and shortly afterwards when the Japanese companies began to flood the market. Under different ownership, the Gimson brand continued well into the 1970s.

At the 1973 Barcelona show they displayed an electric motorcycle powered by a Bosch engine. They were quite a progressive organisation. That said, the father sent his son Pierre off to work elsewhere due to his friendship with someone he frowned upon - Salvador Dali.

Motos del Sureste of El Palmar, Murcia (Motomur) took over the manufacture of Gimson mopeds in the mid-70s and sold them under the Beneti marque.

N.B. There is some suggestion that a small number of motorcycles may have been created in years before the Civil War.

This was a velomotor built by Gimson in Figueres during the mid 1950s powered by a Mosquito engine and fitted with a Ducson front fork. Using a second brand gave them more control over the market.