Sold in some markets as the Cechie

Albin Liebisch designed these very unconventional machines, most of which all shared the same 598cc ohv Liebisch engine - the exception being a lone two-stroke built in 1938 just before production ceased following the onset of war. With such unusual features as interchangeable cast alloy wheels, leading link forks and, on some models, three seats and two fuel tanks, the marque features strongly in the history of motorcycling.

Many, perhaps most, of the machines produced were built to order, and the 3-seater model had the longest wheelbase of any motorcycle produced - at least until the American chopper craze of the late 1960s.

N.B.
1. The German word Bohmerland translates as ‘Land of Bohemia’

2. There was an association between Bugatti and Liebisch at some stage.

3. David Mališka writes (on Motorcycles 1867-1930): 'These motorcycles were manufactured in the former Czechoslovakia (now the Czech Republic) under the Czech name "Cechie" for Czech customers and under the German name "Böhmerland" for German customers. The meaning of both names is "the Czech country"... The founder Albin Hugo Liebisch was born on our territory at a time when our country was still part of Austria – Hungary monarchy in an area with a predominantly German population and he himself was of German nationality. He produced his motorcycles during a bright period of our history at the time of the so-called First Republic, when our country became independent again after several centuries. At the same time, by giving his motorcycles such a name, I think he showed a cordial relationship with the Czech country. He might as well have chosen another German name or his own name. Probably he himself would have hated such a discussion, because he was supposedly a very apolitical person.' 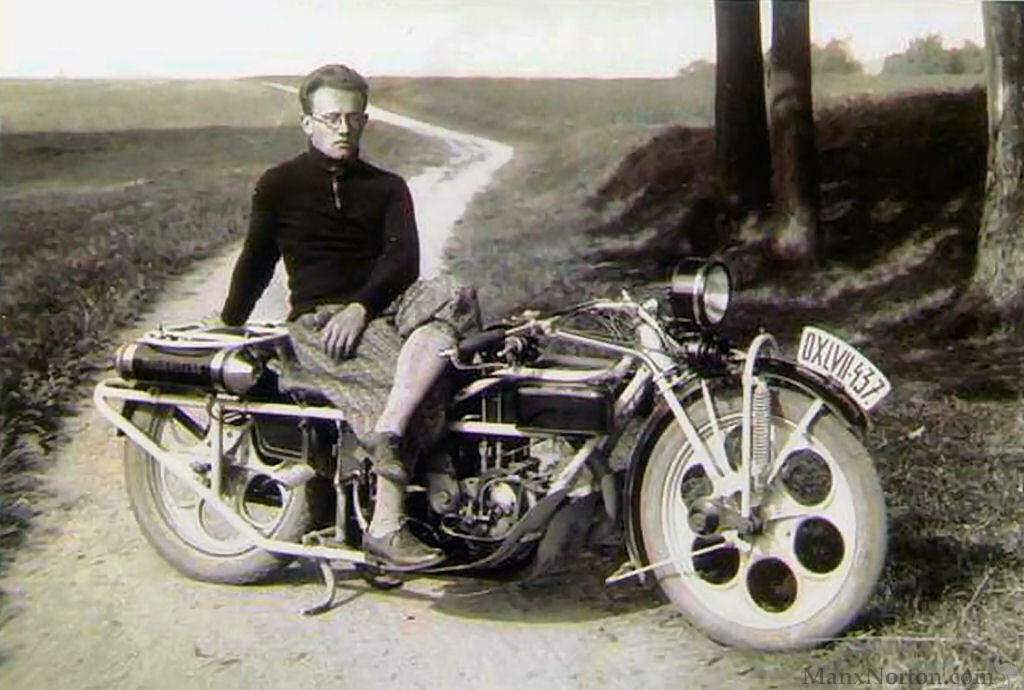 Sat Feb 16 2008
kpi27hd at gmaildot com
bohmerland - info required
bohmerland
Good morning.I have read your inputs. Please, can you up date your situation and than I can consider whether I can help you somehow.

First off, I maintain and restore cars and motorcycles for two private collectors in az. One of them purchased this bohmerland from a auction .I had it running then it just stopped. Found out the keyway for the timming gear had not been installed. Solved first problem. Made it run again but started to loose power and became hard to kick over. A little more looking and come to find out the exhaust valve pushrod was to tight and it wore the foot that rides on the came down about 1/2 inch. Would like to talk to someone to
az