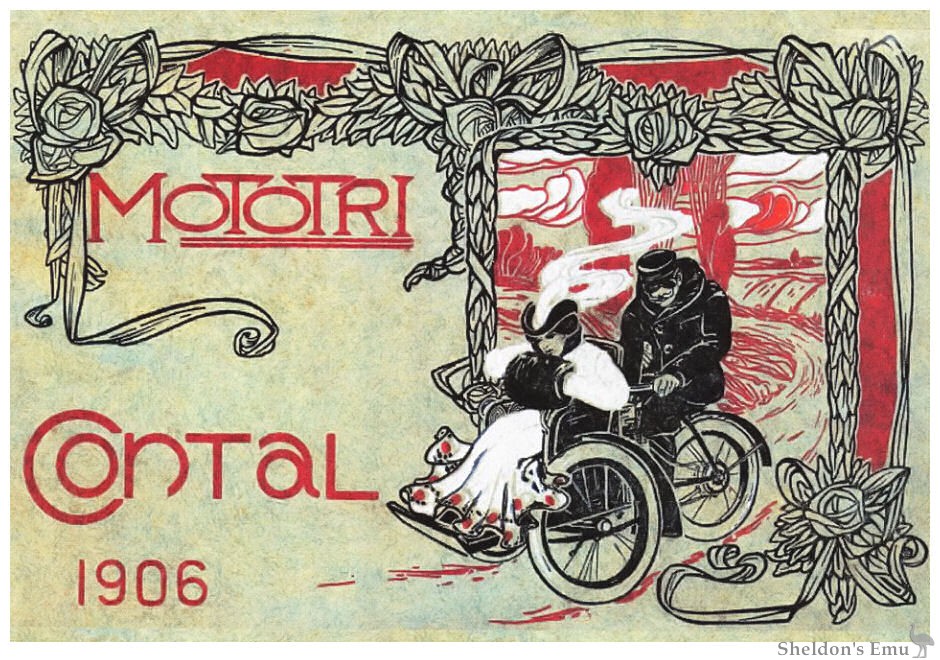 From 1905, Camille Contal built tricars with engines of his own and with Villemain engines.

Early versions were in the style of the forecar with a single wheel at rear and a passenger seat or goods container between the front wheels. These were powered by 3½ h.p. single cylinder water-cooled engines and air-cooled V-twins which drove the rear wheel by chain.

In 1907 a Contal took part in the Peking to Paris race, but failed in the Gobi desert due overloading. The adventures of Auguste Pons and Oscar Foucauld are well-documented, and a repeat performance took place in 2009, with two Frenchmen riding a 1907 Contal. They took 1st in class! (Pioneer Category).

Gaston Rivierre took over Contal around the end of 1910, two years after closing the Rivierre firm. Contal folded in 1914, but M. Rivierre remained in the motor trade until his death in 1942.

Contal and the Paris to Peking