In 1970 Puch bought a 50% share of Avello. Subsequently the factory manufactured models with Puch engines and Avello frames, and later built Puch models of 50, 75 and 125cc.

This Puch model was initially designed as a special series, intended for export to the North American market. Although similar in appearance to the Minicross model, its most important difference lies in the engine, since the Dakota powerplant was built in Austria and delivered almost twice the power of its little sister.

Due to this increase in power and that its maximum speed was not limited (unlike the rest of the mopeds) and to the absence of pedals, it was legally classed as a motorcycle - requiring an A-1 license to ride it, as well as the registration for the vehicle.

The other main features of this model - apart from the aesthetics with the use of red or green colours - are the larger carburetor, the exhaust pipe, the increase in suspension travel with a reinforced fork, different wheels and increased finning for the larger engine cylinder. The chassis is reinforced with brackets in the steering area and below the engine, where a third tube is added to the two main ones. 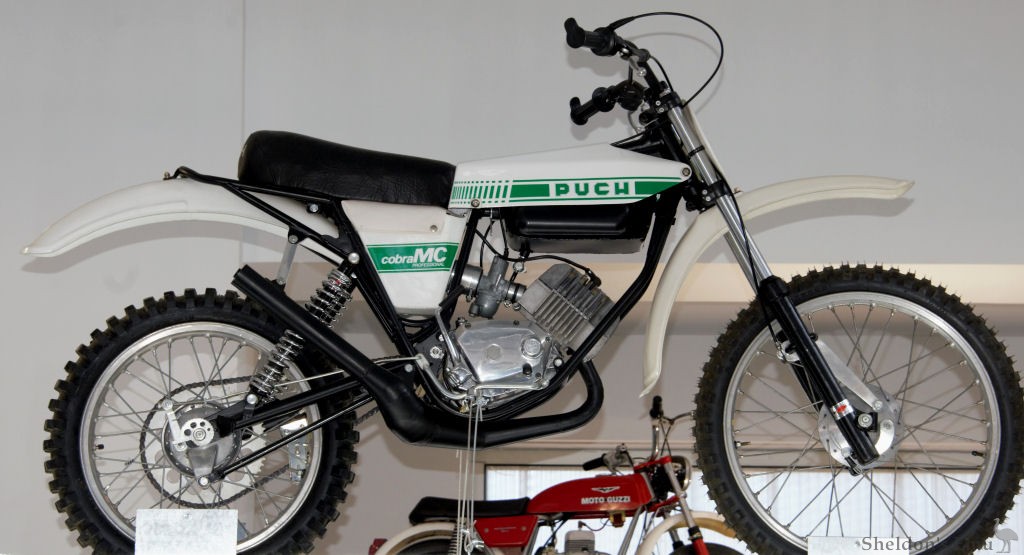 Model history: The MC Professional model is a specific model for moto-cross derived from the Cobra MC 75 that appeared in 1978. The aesthetic changes are the use of white color combined with green stickers, as well as the change in design. of the gasoline tank, where the traditional tank is eliminated and replaced by a metal “canteen” type tank that is fixed directly to the chassis in a low position, leaving the fiber part as a simple decorative shell with smaller dimensions than the traditional one and flatter, which gives the bike a slimmer and lighter appearance. The chassis receives a reinforcement through triangulation in the rear area near the shock absorber mounting, in order to provide the assembly with greater rigidity, also replacing the original shock absorbers with ones with a larger section. In the mechanical aspect, there is an increase in power of 4 Cv and an increase in engine speed, to which the design of the exhaust pipe contributes significantly. 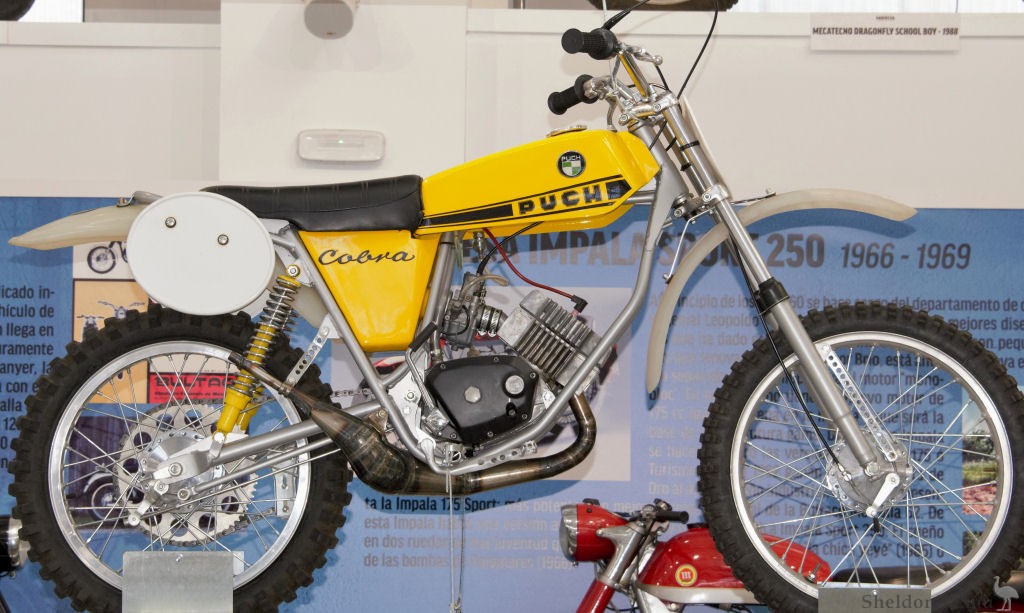 The MC 75 model is the beginning of the Cobra story; the 50cc engine was manufactured in Austria, and is the short-stroke version, very suitable for high speed work while still offering a good response at lower rpm. The chassis is a double cradle with the front part adapted to its characteristic inclined cylinder engine. The suspension, both rear and front, is by Betor, with leading axle forks and rear gas shock absorbers with internal reservoir which were quite inclined for the time. 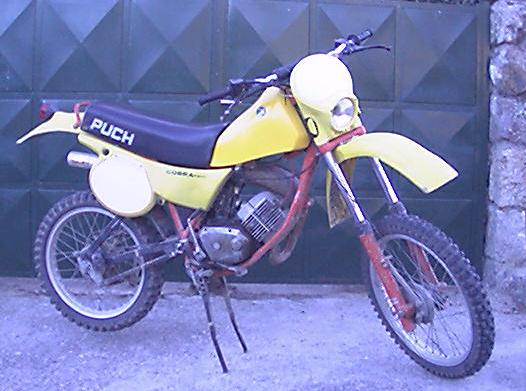 This Cobra model appears on the market in 1982, with important variations with respect to the previous models, highlighting the new multi-tubular chassis design and the use of the cantilever-type rear damping system (already used in the preparations of Blanco del previous model) on a swingarm with a rectangular section.

In the aesthetic aspect, the new "hump" type tank stands out, the wide seat and the side number plates, which give the whole a larger motorcycle appearance. In the finishes, the use of the orange color stands out in the double cradle chassis, bottles and fork posts, combined with the traditional yellow in the Puch, which makes the motorcycle more striking. The traditional "goat's leg" is also replaced by a trestle system of the time. The forks are from the Betor gas brand, with 32mm bars.

It is marketed in principle in two versions, the TT being the most powerful engine with an increase of 4 Cv compared to the normal model, also having greater travel in both front and rear shock absorbers and using Pirelli cross tires instead of the Michelin trail type.

The Cobra Blanco has its origin in the modifications made at the end of the 70s by the owner of a small workshop in Los Molinos, a town in the mountains of Madrid. This model was distributed throughout Spain through Simpson, the official Puch dealer in Madrid and in the own workshop of the trainer, Santiago Blanco. This model called X4S, is derived from the all-terrain M82. The improvements with respect to the series model are the use of the Iñaño gas monoshock absorber with Blanfer system, adjustable in length and hardness, the water-cooled cylinder head (the M82 was air-cooled) and the Bing 28mm carburetor.