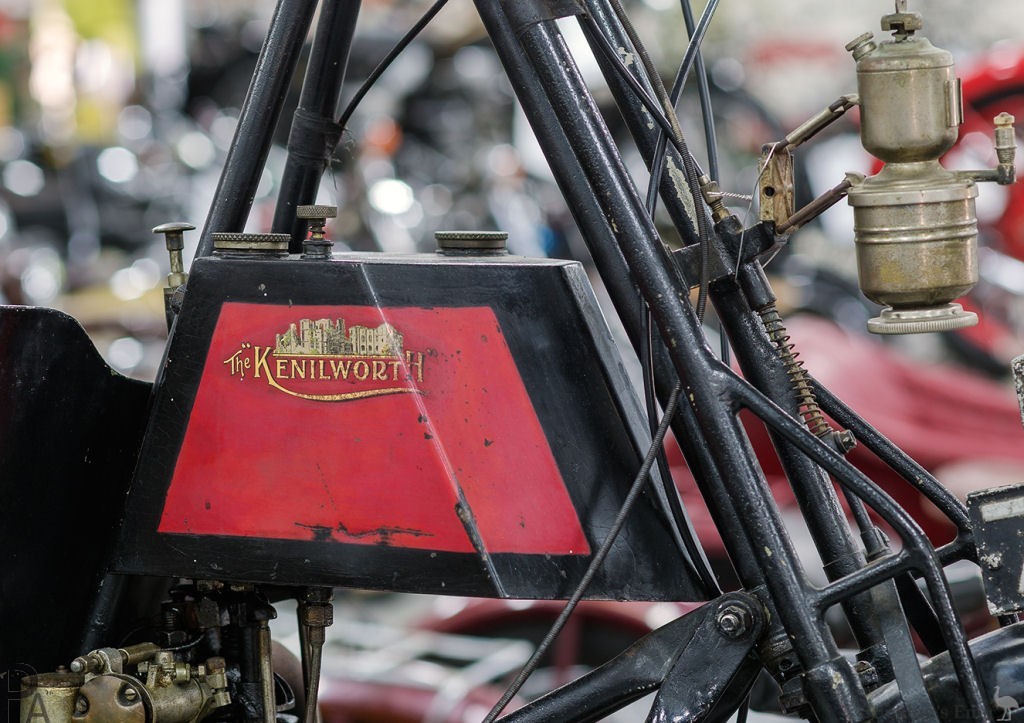 Kenilworth scooters were produced by Kenilworth Utility Motors from 1919 to 1924.

The first machine was built by Captain Smith-Clarke for his wife, and put into production firstly by Booth Brothers of Coventry, and then by Kenilworth Utility Motors of Much Park Street, also in Coventry.

George Thomas Smith Clarke led a fruitful life. A captain in the Royal Flying Corps (later the RAF) during WWI designing aircraft components, he went on to become chief engineer at Alvis in 1922, a position he held until 1950. He served on hospital boards and was responsible for the redesign of breathing aparatus known as the "iron lung." He was awarded the James Clayton prize for the invention, design and development of equipment used in medical practice, including mechanical breathing apparatus, and for the development of mechanisms used in connection with astronomical telescopes. The citation accompanying the award referred also to Captain Smith-Clarke's work associated with aero-engines and automobile engineering.