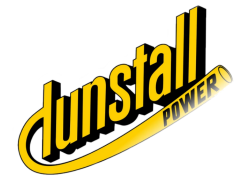 Sun Aug 31 2014
joycemiles at hotmail.co.uk
where is it ?
dunstall commando 750 commando
I am trying to locate my old dunstall commando 750, 1970 red seat, fairing, alloy tank twin discs,it was registered ALF70H if anyone can help I would be very pleased. thank you.
yorkshire england.

Fri Feb 06 2009
bobwallinsky at yahoodot com
dunstall disc brakes
dunstall 750 tourer
I have a 1971 Tourer in original condition and am looking for information/parts for twin disc brakes (calipers and sliders are a unit)
CA, USA

Moto Tumbi does one for the Dunstall Honda, it would be worth checking with him.
http://www.classic-motorcycle-fiberglass.com/
Also try Dunstall at Bikelinks:
http://bikelinks.com/directory/.../Dunstall/

Fri Oct 27 2006
eoffr at caramaildot com
XS1100 Dunstall
Yamaha XS 1100 2h9
Have you anything on the transformation made by dunstall on the XS1100
(motor,exhaust)?
Huy, Belgium
.......
The only things that i can tell you, is:
The first owner has a single XS 1100 2h9 (95 horsepower)
He send it to Dunstall, to increase the power to 125 hp
Outside of the motor, you cannot see anything(that was a part of the deal : the police does'nt see anything) The only visual modifications was the exhausts (Dunstall, of course) and the "careenage" (the suit of the motorbike)
When the bike return to Belgium, at the first try, the bike slip at 120 km/h (because the power )
The owner have the biggest fear of this live and sale the bike
And i was there !!!!
PS : have you received the photography ?

Mon Jun 05 2006
gandrews at thomasbros.com.au
Dunstall Tank and seat fitment
1971 CB750 Honda 4
I would appreciate and information in fitting Dunstall tank and twin seat to the above bike, as when the tank is in place the fork legs hit the tank, and the rear of the tank comes past the original frame tank mount. the seat has no mountings, a photo or any drawing will help
thank you.
Australia

Wed Feb 22 2006
pauline.coe at ntlworlddot com
60's Dunstall disc Brake spares
I have what appesars to be an early dunstall hydralic twin disc brake on my Triton. The discs are fully floating as each caliper, one each side of the wheel, has only one moving piston which is 1.5 inch diameter having two groves for ring seals and the round brake pad firmly attached to it. I am told Dowty made the seals. Can anyone tell me if the seals or pads are available still or have I to continue making my own pads from ex car pads
Hampshire, England

have attached shots of the brake califer fitted to the bike with disc and one with it removed showing the fixed pad on the left, gap for the disc and the hydraulic caliper with the 1.5 inch piston with pad just protruding both pads are round at 1.5inch
Trevor Coe


Those calipers look rather like Cleveland light aircraft units, so it's just possible that aircraft seals may fit.

If you have a query about Dunstall motorcycles please contact us