Luján Hermanos (LH)
The brothers Jorge Augusto and Américo Simón Luján began a workshop in their parents house in Cordoba in 1946, and were joined later by six more of their brothers. In the early 1950s they began building components for the IAME organisation which produced the first Argentinian motorcycle, the Puma.
In the early 1960s they began producing their own brand, marketed as both the LH and Lujan, powered by locally made 98cc and 125cc Sachs Televel engines.
In 1966 the brothers acquired the Puma factory and name. Before long they were building their own engines of 150cc, and these were fitted to scooters and motorcycles.
Source: motoargenta.blogspot.com

N.B. Information added which was not part of the original archive. 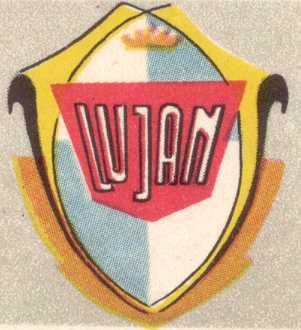