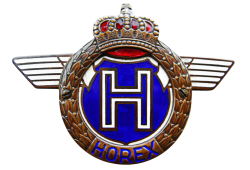 First displayed at a major German trade fair in late Summer of 1952, the Horex 500cc SOHC Imperator had been plagued with problems, and as a result development was halted.

It appears that the 500cc Imperator was the basis for the Yamaha XS 650, introduced in the early 1970s. The Hosk company built Horex motorcycles in Japan under licence during the 1950s until being bought by Showa in 1957. Three years later Yamaha acquired Showa and with it the plans for a 650cc version of the Imperator engine. This became the model for the XS650.

If you have a query about Horex motorcycles please contact us