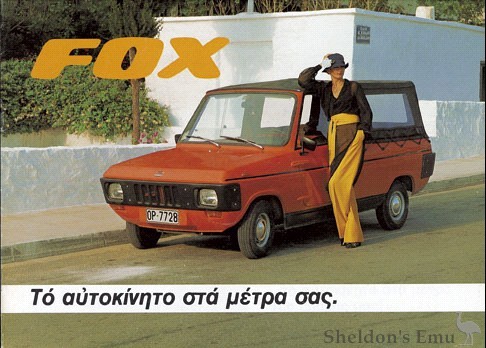 The Reliant Fox is a small four wheeled glass fibre utility vehicle manufactured by the Reliant Motor Company in Tamworth, England between 1983 and 1990. It used 850 cc aluminium engine and was technically based on the Reliant Kitten with which it shares its chassis, engine and running gear (with some modifications).

The car was produced by Mebea in Greece as the MEBEA Fox between 1979 and 1983, when the law favoring such cars was changed; sales dropped and production was terminated (a total of about 3000 had been produced). The car had a "second life" though, as Reliant itself started producing it in the UK after 1983, as an informal successor to the Kitten. About 600 were built in the UK until 1990.