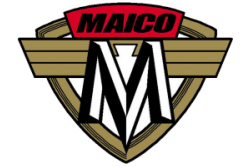 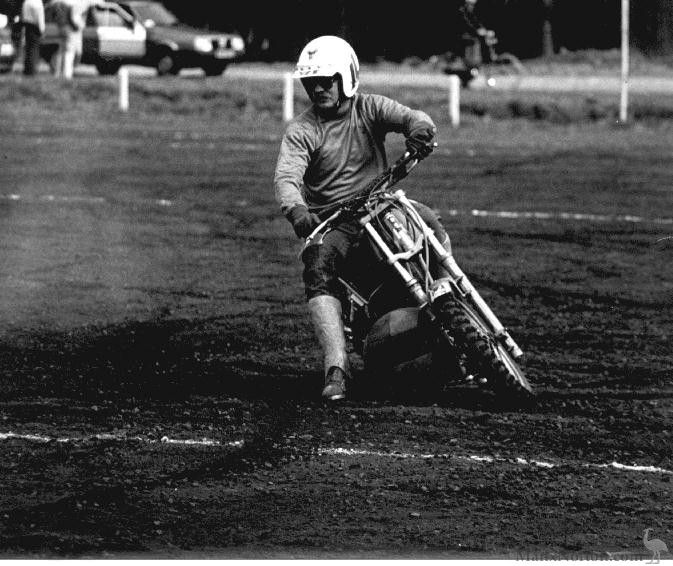 In Maico Madness you ask for more pictures and information about Maico.

Probably you will be interested in my story about it. In 1978 our Motoracing team "De Blokhut" stopped his existence, the members of this team did not want to stop their whole club so they started looking for an other option which was related to Motorsport. Since about 1960 in Dordrecht (beside Rotterdam) Motoball was played. Our members got interested in this game and started their own club by then.

Motoball is, as the name says, playing football on motorcycles. The bikes can have maximum 250cc and they need some assimilation like being closer to the ground etc. The ball is 45 cm in diameter. The rules are fundamentally the same as soccer. A team exists of 4 players on motorcycles and one pedestrian goalkeeper. This sport is quite popular in the Eastern European countries like Belarus, Russia etc. Every summer we have a European Championship, this year in France (Valreas). The countries which participate are: Germany, Holland, France, Belarus, Ukraine, Russia and Lithuania. Enough about the sport itself now. When our club started in 1978 we started playing with Bultaco 250cc crossers. About four years later we discovered that the Bultacos were not fast enough to deal with the German Maicos and the French Hondas, so we started to build our own Maico's. At first we used the 1980 machines and later the 1981 Maicos. Later in the 1980s-1990s the Maico engine parts got more and more expensive so that we needed something else.

Then we removed the Maico engines and fitted Rotax engines in the Maico frames. Today we still have one real Maico in our team which is about to disappear when we have a good option for the engine (Rotax stopped building the engines that we use too). That's why I am now looking for a probably younger and water cooled Maico engine, but I don't have much information about it. If you could give me any information (about the price of a whole engine and the parts, horsepower etc.)I would be very grateful You can always give me a mail, my address is kenny.houben at wxs.nl
Kenny Houben
[edited Oct 2010, Sept 2021 Sheldon's Emu]