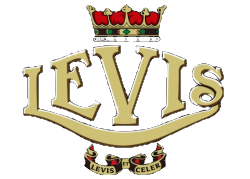 (L) Inlet port of Levis two-stroke (R) Showing where deposit occurred most thickly on the piston and rings.

An Examination of the 2¼ h.p. Levis which obtained a Gold Medal in the Six Days Trials.

ONE of the features of the recent A.C.U. Six Days Trials was the consistent performance of some of the little two-strokes. So marked was their success that it made a deep impression, not only on the thousands of prospective lightweight owners, but also on manufacturers, both British and Continental, who took a keen interest in the trials with a view to future productions. Our readers will remember that on the way to Llandrindod Wells the latest model Levis had the misfortune to develop tank trouble of a sufficiently serious nature to spoil its chances of competing successfully in such a strenuous trial. Nothing daunted, Mr. Pike, the well-known Levis exponent from the West Country, decided to ride at all costs. As a consequence a telephone message was sent to the firm's works at Stechford in the hope of obtaining another mount.

It happened that the only available machine was a standard 2¼ h.p. Levis, fitted with specially low gear ratios, which Pike had been using for certain lubrication experiments. This engine, we are told, had already about 3,000 miles to its credit, but, nevertheless, it was hustled off to Llandrindod by road. On arrival the cylinder was removed and decarbonised, and the machine was cleaned up and adjusted preparatory to competing in this trial of trials.

The performance of the 2¼ h.p. Levis throughout the event is now a matter of history, and it is sufficient to state that no hill proved too much for the engine with a low gear of 15.2-1, and, although the top gear was 6.4-1, Pike succeeded in keeping up to time throughout.

At the conclusion of the trial the machine was ridden back to Stechford, and we took charge before the seals were broken in order to satisfy ourselves that the engine had lost none of its tune. After a few minutes' inspection in the works, we passed out into the Birmingham traffic, and on this occasion, as on subsequent trips, the little engine behaved perfectly.

Two features which may rather surprise those who are inclined to disparage two-strokes were the remarkably low consumption of fuel and oil. We were told by Mr. Butterfield that the consumption of petrol throughout the Six Days Trials had been in the neighbourhood of 125 miles per gallon, and though we were unable to make an accurate test, we can truthfully state that our experiences went to show that this was not an exaggeration. Owing to the Levis system of lubrication, in which oil is fed directly to the piston and main bearings, a minimum quantity is wasted, and we were particularly struck by the small amount which was necessary to keep the little engine running sweetly.

An Examination of the Engine.

After a week of short trips the machine was returned to the makers to be stripped under our observation, and for the first time the A.C.U. seals were broken. As might be expected, the greatest accumulation of carbon was on the deflector, but even here we could find no spot where the deposit was perceptibly over 1/2 mm. deep. The piston head was almost free from deposit, and the underside of the piston had but a moderate coat. The exhaust port, which is usually the first part to cause trouble owing to excess of deposit, was remarkably clear, and the average depth of carbon was approximately 1/2 mm. distributed evenly over each surface. The top piston ring was rather gummy, but was easily freed by the fingers.

Next we examined the bearings, which were in excellent order throughout. Even after washing all oil from the surfaces there was no more perceptible play in the crank bearings than might be allowed in manufacturing limits. There was just perceptible rock in both big and small end bushes, but no lift. Every wearing part was carefully tested with a micrometer, a standard Levis engine being used as a pattern, and the greatest variation was within the error allowed by manufacturing limits.

When the piston was measured we felt sure that some symptoms of ovalty (sic) would be evident after such a severe trial, but the difference between the smallest and largest diameters at any level was only .00075 in. Even the compression space was checked and found correct, and we have reason to congratulate Messrs. Butterfield, Ltd., not only on the performance of their standard machine, but also on the accuracy of the workmanship and the undoubted excellence of material in their engines.