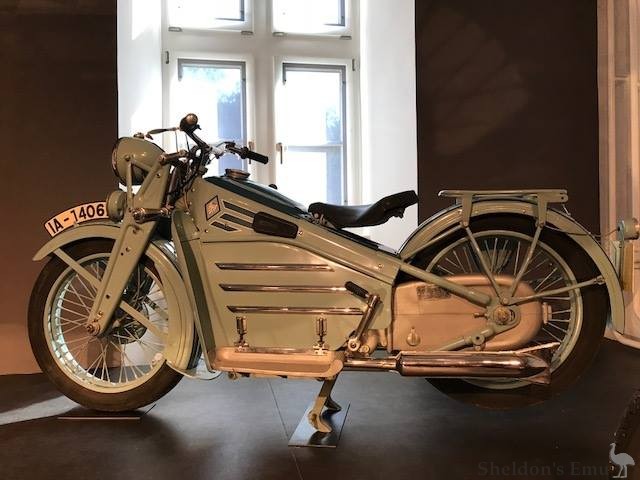 Victoria relied heavily on imported engines. When the National Socialists restricted imports, the firm had no choice but to use those locally supplied or, in the case of the KR8, design and build their own.

Martin Stolle had been with Victoria a decade earlier when he adapted the horizontally-opposed twin to he had designed for BMW to power the first OHV version of the KR series, the KR II. He returned to Victoria and developed something quite different - an air-cooled sidevalve parallel twin in a fully-enclosed body - a thing of beauty, but flawed. Fatally flawed.

Cooling for the 500cc steeply inclinded parallel twin was very poor, and failures due to overheating were common. The engine layout was such that the exhaust ports were out of the airflow, an airflow already problematical due to the engine enclosure.

Stolle argued with management that the new machine was far from ready for public release, to no avail. Victoria went ahead and marketed it. The motorcycling public were far from enthralled. It was replaced with a redesigned KR9 in 1936, but the thoroughbred canine did not have a good name.