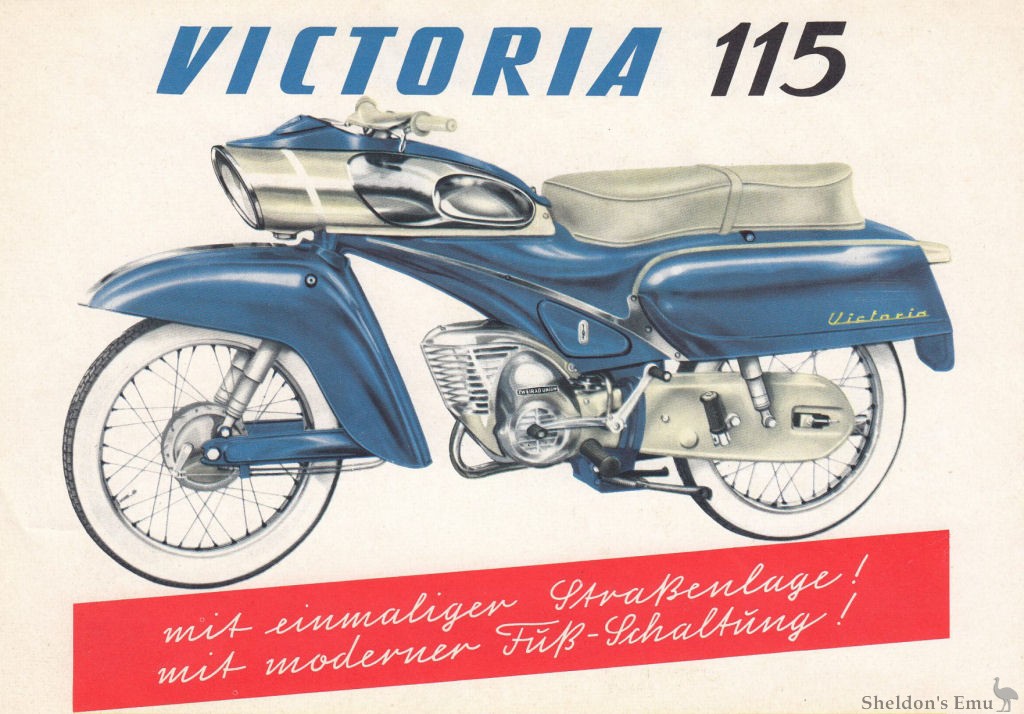 Known as the Blechbanana ("tin banana"), the Type 115 was built by Zweirad Union AG Nürnberg from 1961 to 1965, and was marketed by Victoria as the 115, by Express Werken AG as the Express 115, and also by DKW as the Hummel. With minor variations to the colour scheme and the seat, all three makes offered it as the Kavalier 115.

Some 29,000 of these mopeds were sold, of which the smallest proportion was the Kavalier, followed by the Express.