This is an experiment I have done on my roughie bike, which I will use to get me back and forth to work. The idea is I wish to ride OZ in the future and this ignition set up is cheap and parts are plentiful at any wreckers in Australia. The reluctor and pickup came from an old 6 cylinder Valiant Charger distributor and cost me $25.oo. The ignition module is a Champion CM410 and cost me $35 new. 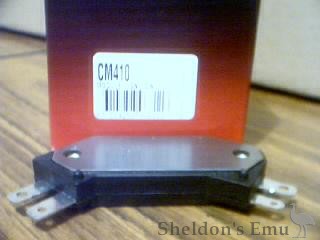 �This picture is of the module upside down. Note the 2 small plastic lumps in the foreground corners of the module that must be ground down for it to sit flat on the heat sink. A silicon heat transfer paste is supplied with the module and is applied to the metal side before fitting to the heat sink. 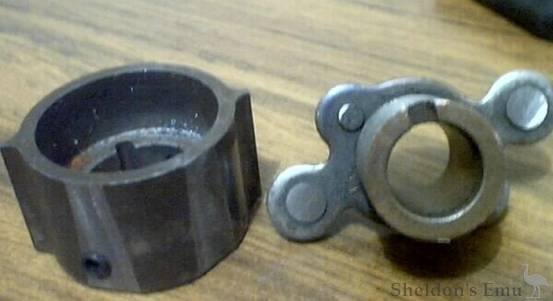 Here is the 6 cylinder reluctor on the left with 4 points machined off leaving two at 180 deg apart. Note: two 2ba grub screws [68-3118] are drilled and tapped into the reluctor to hold it in position on the A/A unit. On the right is the top of the original A/A unit where the points ran. It has been ground down to except the reluctor. 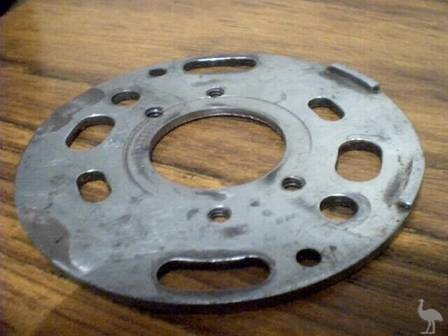 Here is the original BSA point's plate. Note the centre has been machined larger removing the protrusion that was there originally also the 2 protrusions �that were on the left side of the plate have been removed but those on the right have remained. Looking carefully you will see a witness mark in the centre that is the arc on which the pickup must be mounted so as to give correct clearance to the reluctor. This dimension came from the original pickup plate. At the time of this pic I still had not drilled the new holes to mount the pickup. 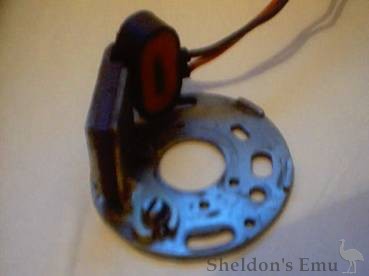 This picture shows the pickup mounted on the plate 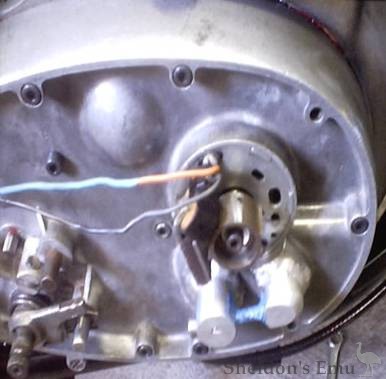 Here is the pickup and reluctor mounted on the bike. I gave 10 thou clearance between the reluctor and pickup. 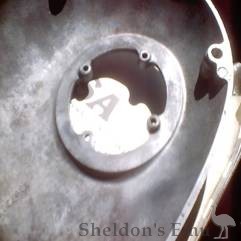 ���This is the back of the outer timing cover. Note that one of the point's plate cover screw positions has had the back ground off it.

This is done so the outer cover can sit flush when the pickup is in place. 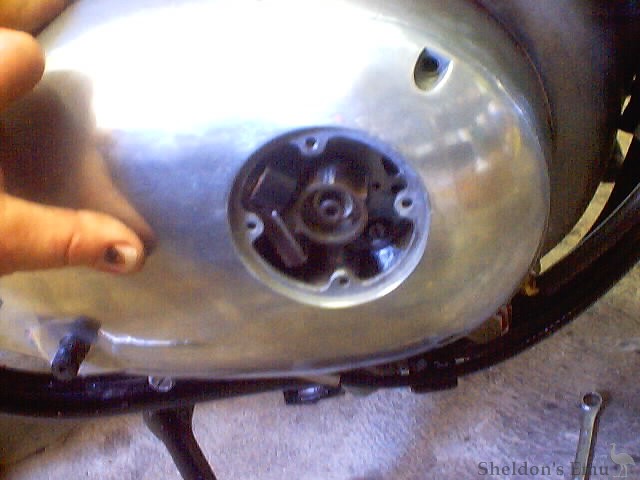 This shows the cover in place. 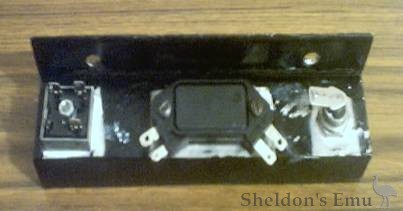 This is the finned heat sink I have mounted my ignition module, $5.00 rectifier and zener on. It bolts on under the fuel tank

I am using a zener from a 79 Bonny and it's a negative earth system. 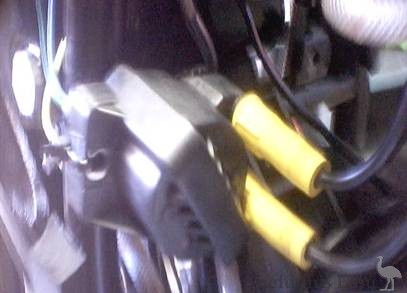 �This is my twin tower ignition coil used on the Holden v6 Commodore. Its .5 OHMS and cost $43.00. Note that there is no + positive or- negative markings on the Coil and it does not mater which way it is connected up. 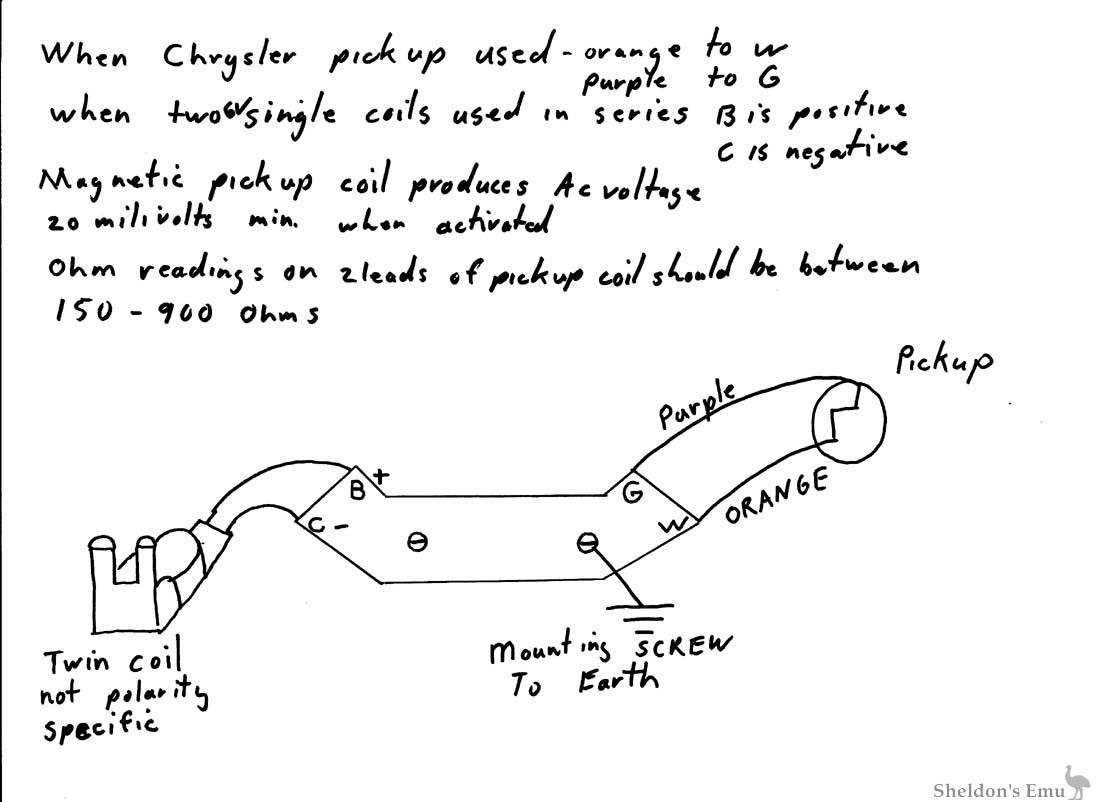 At this point in time I have not put many miles on the bike but it has fired up 1st kick most times. ENJOY