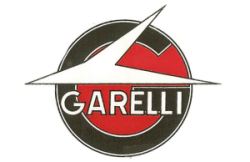 1964 Rex Monaco 98cc made by Agrati-Garelli. Similar to Garelli Monaco sold in UK.

The Rex Monaco was a Garelli-built export model using an Agrati 98cc motor. It was imported into the USA by San Mateo, California based Rex Motors. They imported them badged as a Rex, rather than the Garelli Monaco as it was known in the UK. Rex’s San Mateo location later became the location for the Garelli Motor Corporation of America.

If you have a query about Rex-Monaco scooters, or have some information to add about these classic Italian machines, please contact us