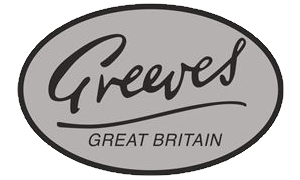 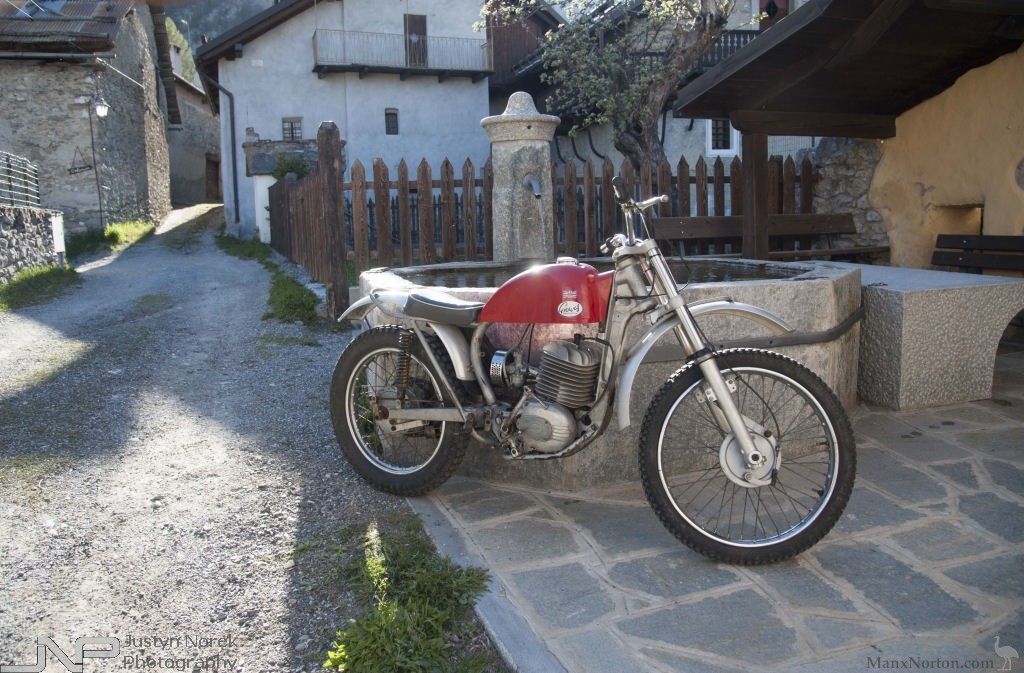 The Story of my Greeves Anglian Trials Machine
by Justyn Norek

My love affair with Greeves motorcycles goes back some years...

Around 1964, when I was 16 years old, I found in an issue of "The Motor Cycle" magazine a description and photographs of the Greeves Challenger scrambler and other machines from the British firm. This joined the small collection of what was to become my reference library, and Greeves became one of the dream motorcycles of my youth.

Two years later during a Tatra Trial which I was photographing I met Swedish trials rider Kuno Karlsson who was riding a 175cc Husqvarna "Silverpillen"; we had long chat over dinner about observed trials during which he passionately explained why he considered the Anglian to be a great trials machine and the reasoning behind his recent purchase of same. He said that if I visited Sweden I could try his Anglian, along with his brother's Bultaco Sherpa and other bikes owned by his friends.

Two years later I realised my dream and visited Sweden. It was a wonderful experience and I rode the Anglian along with other trials bikes owned by my many newfound Swedish friends. Of course I would have loved to buy an Anglian, but at the time it was beyond my means.

I have followed Greeves and learned their story, so I knew about their success in motocross with first Brian Stonebridge and then Dave Bickers winning the European Motocross Championship in 1960 and 1961, while Don Smith won the 1964 and 1967 European Trials titles and developed the Greeves Anglian before moving to Montesa to develop a machine for them on which he won another European trials title in 1969, leaving the Anglian in hands of Bill Wilkinson to win the prestigious S.S.D.T. in 1969. Bill's Anglian had a teardrop alloy tank and is the only British two-stroke to have won this event.

The Anglian was very advanced trial bike with it's hybrid aluminium cast "H" section of front part of frame, so strong that you could fit 500 Triumph twin (read our other test of this bike) or BSA engine without any risk of breakage. This frame was very rigid, resulting in very stable handling. It was a good many years before another manufacturer followed suite when Beta presented their aluminium framed "Zero", another revolutionary trials machine ridden by champions Jordi Tarres and Dougie Lampkin, and revealed the enormous talent of trials champion Toni Bou who went on to win 26 world titles (2007 to 2019 consecutive, indoor and outdoor) and is the most successful trials rider in history.

So... in 1986 I spotted an advertisement: "For sale, two Greeves Anglian bikes..." I immediately phoned and learned that one had Earles forks and the second had Ceriani. I chose the one with Ceriani as this was similar to the one I rode in Sweden, and it was cheaper. After few months paying installments Anglian was mine, and it had taken me twenty years to get it.

I rode it almost every weekend until 1990, when my son was born. With a growing family and my work as manager of the Design team leaving little spare time my Anglian slept quietly in the garage, until my son woke it up for this test...

Greeves is still around, producing Anglian trials and Challenger MX machines from the original tooling...

Now have look at our test...

For many a year I've wanted to try out my father's mythical Greeves Anglian 24 T Trials that he allowed me to ride when I was just 10 years old.

This machine had been standing in the garage for the last 17 years, so I was dubious as to whether it would start.

As usual in such a situation I first attempted to turn it over with the kick starter to check whether the piston was moving, and it was. I then cleaned the carburettor, drained and cleaned the fuel tank and gave it a fresh dose of 16:1 petroil, cleaned the ignition points, checked the brakes, and changed the gearbox and fork oil. After checking the tyres, it was ready to start, and on the third kick it sprang to life.

I was delighted. It had quite an unusual, low tone for a two-stroke. I gave it a thorough warm-up and then parked it, ready for weekend ride.

The following day we trailered it to the Rubiana trials track, very interested to see how it would go after such a long hiatus. It's such a unusual machine! This time it started with the first kick and after a warm-up I rode it gently around the track to get the feel of it, trying the brakes, the throttle and gears.

After a half-hour I was ready to try some more serious work. First I tried a steep uphill section, which proved no problem - there is ample useable power! It was a little more difficult on descent as I am accustomed to modern brakes and I always feel bit off with classic bikes braking capacity... but really, I should not complain, the Anglian is from 1966, so she is half a century old... well, then brakes are good.

What particularly like is the engine pulling power, which my father explained is due to the engine was having a cylinder and head from Challenger 250 MX.

I liked also handling, very stable on stony, rocky paths. However, in very tight turns I found it a bit more difficult. I would also like a lower fuel tank, so perhaps I can find one in aluminium like Mick Wilkinson's S.S.D.T. Greeves.

Lifting the front wheel was not a problem so I could tackle quite high steps, but the grip from the 20 year old tyres was obviously less then optimum.

I love this bike - I just have to refine the brakes, fit new tyres and improve the clutch and then it will be ready to compete in Vintage Trials.

It really is quite amazing that this bike is so good after sitting for 17 year in a garage.

Thank you Bert Greeves and all the riders who developed it.... Gordon Farley, Derek Adssett, Mick Wilkinson and not least Don Smith, RIP - Ride In Paradise.

The Anglian is unlike any other trials motorcycle of the period - it has an innovative and highly distinctive frame constructed from aluminium & steel.

As the story goes, after WWII Bert Greeves bought some sheds where there were many aluminium aircraft components stored, and the question arose as to do with this them? The idea of building motorcycle frames from the alloy was mooted, but as constructing them completely in aluminum was rather challenging for those times it was decided to make just the front part in alloy and the rear in steel. These two sections cannot be welded together, so another method was devised -

Greeves developed a method of casting aluminium headstock and front downtube together with the tubular steel rear part of frame, and a revolutionary method was invented. Bear in mind that this was the late 1950s.

The result was excellent: a very rigid and robust frame, practically unbreakable. [1]

The frame proved very successful in scrambles with riders like Brian Stonebridge, Dave Bickers, Bryan Wade, Alan Clough, Arthur Browning and others, and was also used in road racing and trials. There were also many hybrid machines with other engines - 500 Matchless, Triumph T90 Twins, BSA Victor and Honda... one could fit almost any engine.

The Anglian has considerable character, well matched to the aggressive appearance of the engine and separate gearbox. The aluminium tones harmonise well with the Ceriani forks and alloy guards, accentuated by the bright red fuel tank and flat black seat and muffler. It's a delightful piece of work, and once you have seen it, you will never forget it. I am lucky to have one!

If you can find one, buy it - or order a new one from Greeves Racing[2] who still produce them from the original jigs.

Notes
1. If there is a record of one of these frames breaking, please send details.
2. See also British Resources: Greeves.
3. The Anglian 24 TGS (released Nov 1965) was available with Earles-style forks, commonly referred to as Banana forks - early forks had the shock absorbers mounted at the top of the fork loop and the rear section of the loop was closer to tyre than the later version. The 24TGS had the barrel and head from the Challenger. The 24THSA arrived in 1967, and the 1968 24TJSB was available with Metal Profile forks.