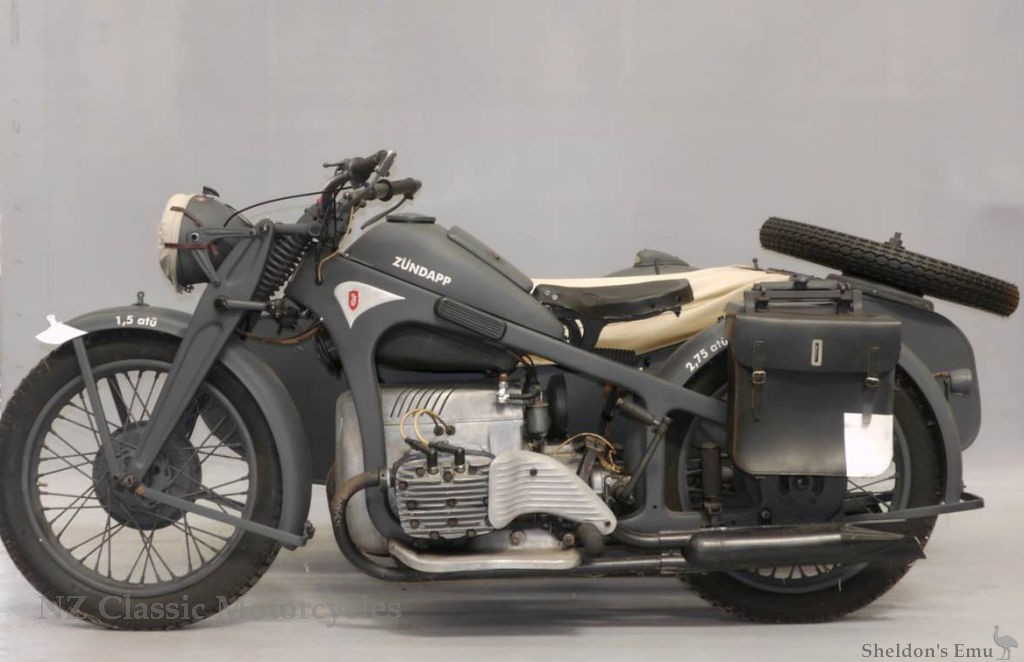 The Zundapp K800 was presented in 1933 heading the new range of K-series motorcycles with engines of 200cc to 800cc. The K800 featured a number of innovations including a unit-construction horizontally opposed 4-cylinder engine with shaft drive.

The K800 saw service with the Wehrmacht during World War II, frequently fitted with sidecars. They were the only four cylinder motorcycles employed by the German military.