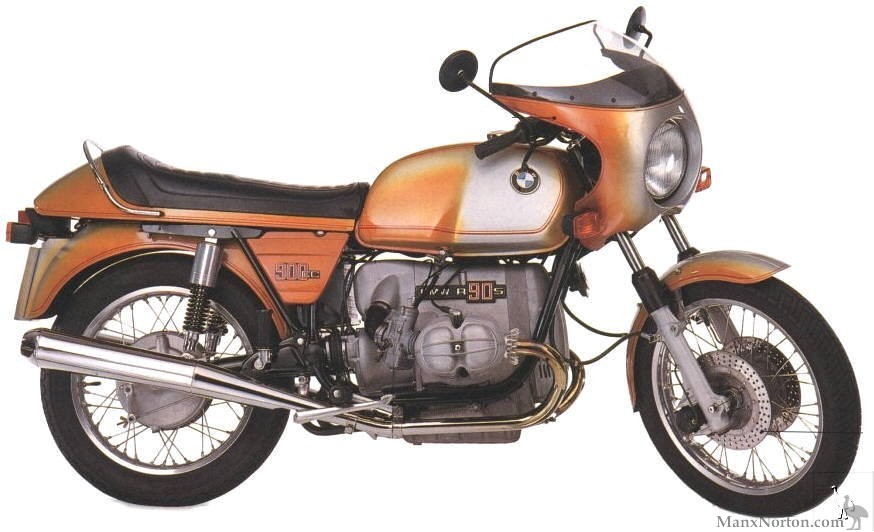 Images from the 1973 BMW Factory Brochure

R90S Specifications were the same throughout the model run

The cockpit remained basically unchanged throughout the R90S model run. The fairing was made of a composite resembling carbon fibre, as were the sidecovers.

Initially, switches were of the pushbutton variety, similar to those used on the stroke five models. Later renditions of the R90S had more modern switchblocks.