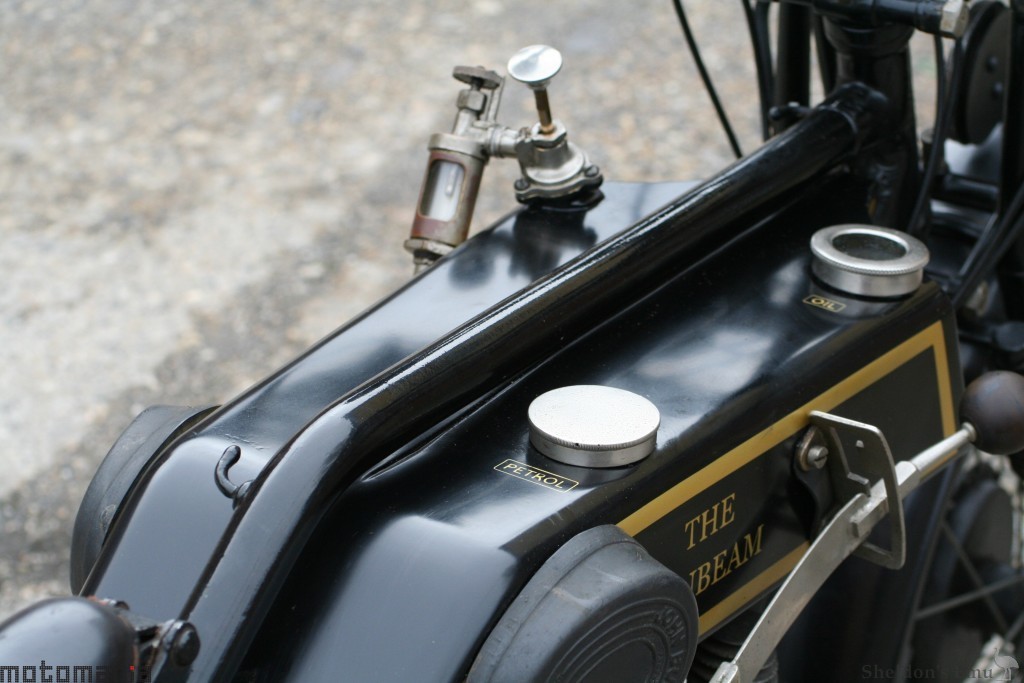 The 1925 listing was basically unchanged from that of 1924, with 11 models on offer. Drum brakes, introduced the previous year, were now fitted across the range.

A new OHC engine powered motorcycles which did not excel at that year's T.T., which saw Sunbeam entered in both solo and sidecar events. The engines were of 350, 500 and 600cc, but development did not continue and they were not offered for sale.

During the twenties Sunbeam did very well in sprinting and hill-climb events due in the main to the work of George Dance who developed the firms' very fast 'Dance Specials'. These OHV 350 and 500cc competition machines were all but unbeatable, with Dance often winning everything on the day. He did dominated the field at both Brooklands and Pendine.

The Models 10 and 11 Sprint machines appeared in the 1925 catalogue but were discontinued because racing events on public roads had been prohibited after a fatal accident at the Kop Hill event that year.

Production of the Sprint was very limited.

The 1926 catalogue remained the same as the previous year. Models 10 and 11 were discontinued mid-season.