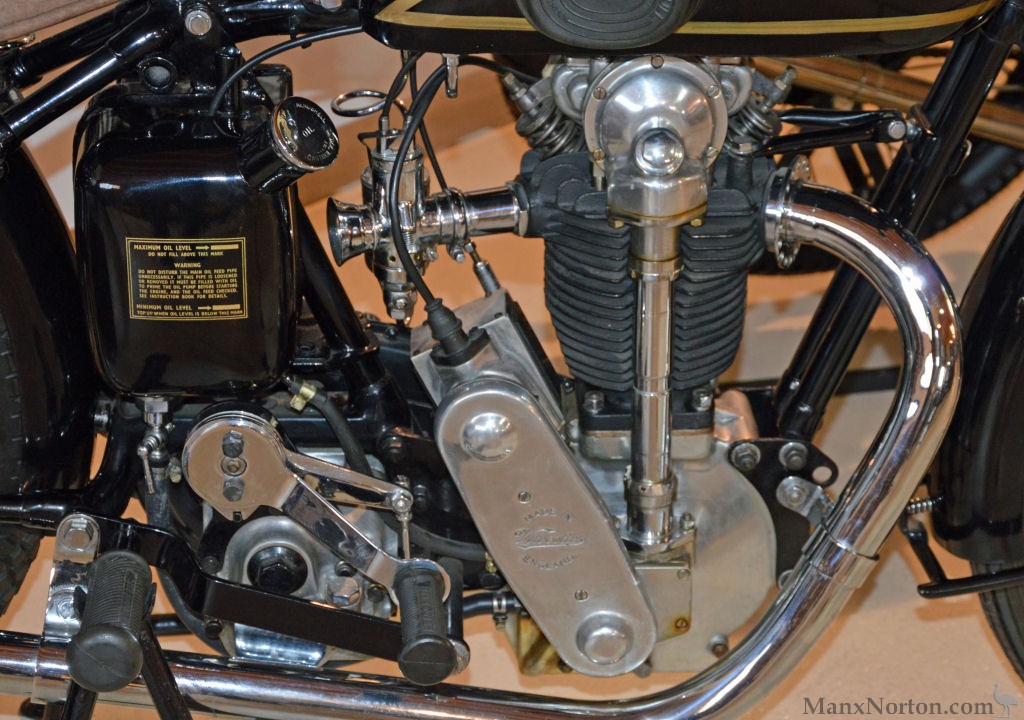 "Velocette is one of the most popular sports machines on the road, and is capable of running away from most machines, even of higher power. Of course, the overhead camshaft is retained. The large diameter brakes will be noted. The steering of this machine is famous, and needs no comment. Steering damper and shock absorbers are standard Model KSS. is listed at £75; KS. at 265. The P. & M. exhibits represented the acme of fast touring design.

The performance of this marque is well known for reliability and speed. The range continues very little changed from last year, the chief alterations being that the 3-speed gear is standard, although the 4-speed box may be fitted as an extra to all models. A new shaped tank is incorporated, giving the popular low saddle position, while a neatly enclosed dynamo drive is shown on all models. Among other improvements the Panthette exhaust system now resembles the Panther, two long exhaust pipes terminating in large expansion chambers and fish-tails."