Look through any of the Roy Bacon books, Haynes manuals, etc and you will see NO mention of a 1957 Super Rocket and you will ONLY see listed a Road Rocket for 1957 but, they WERE introduced in 1957, just not well covered in current BSA literature.

Below is literature I had in my (Daniel Boss) own personal library on 1957 Super Rockets, a reprint that Walnecks did on a 1957 Cycle magazine road test and a sales ad from BSA incorporated in New Jersey. 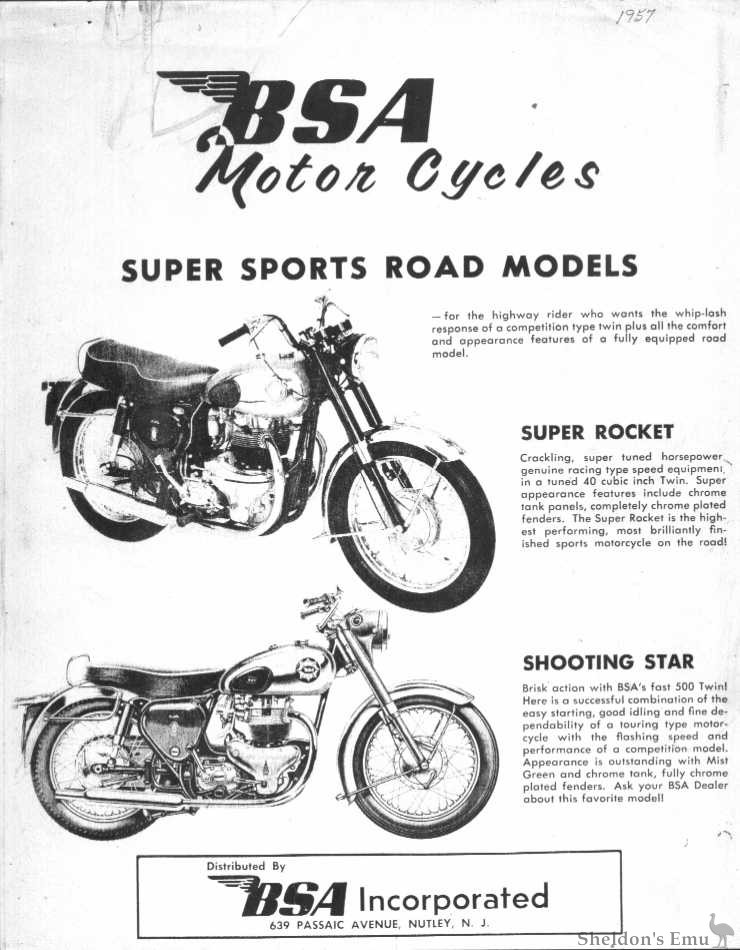 Below is literature supplied by Ryan on 1957 Super Rockets. 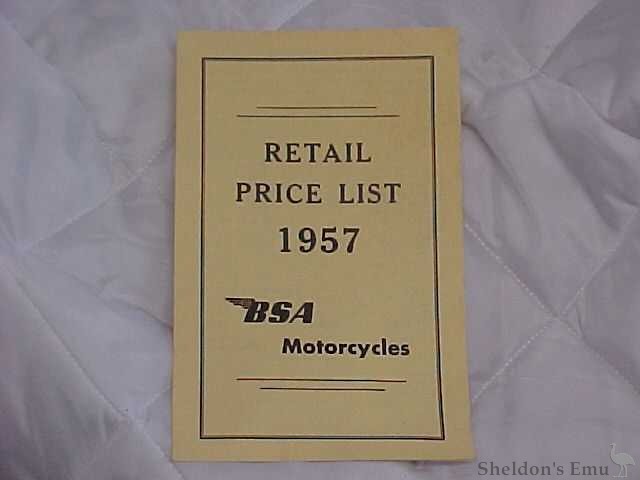 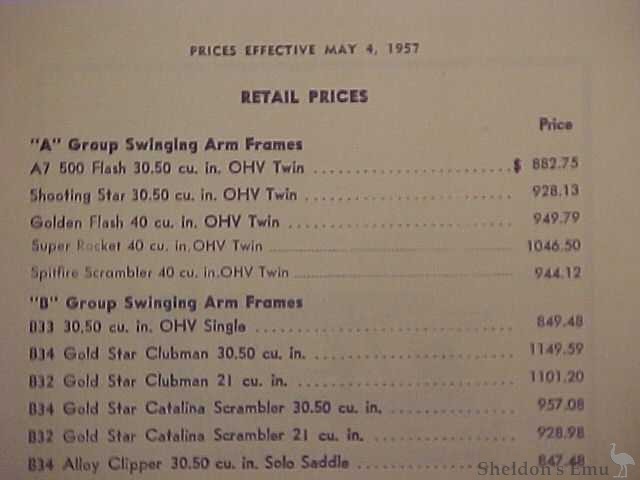 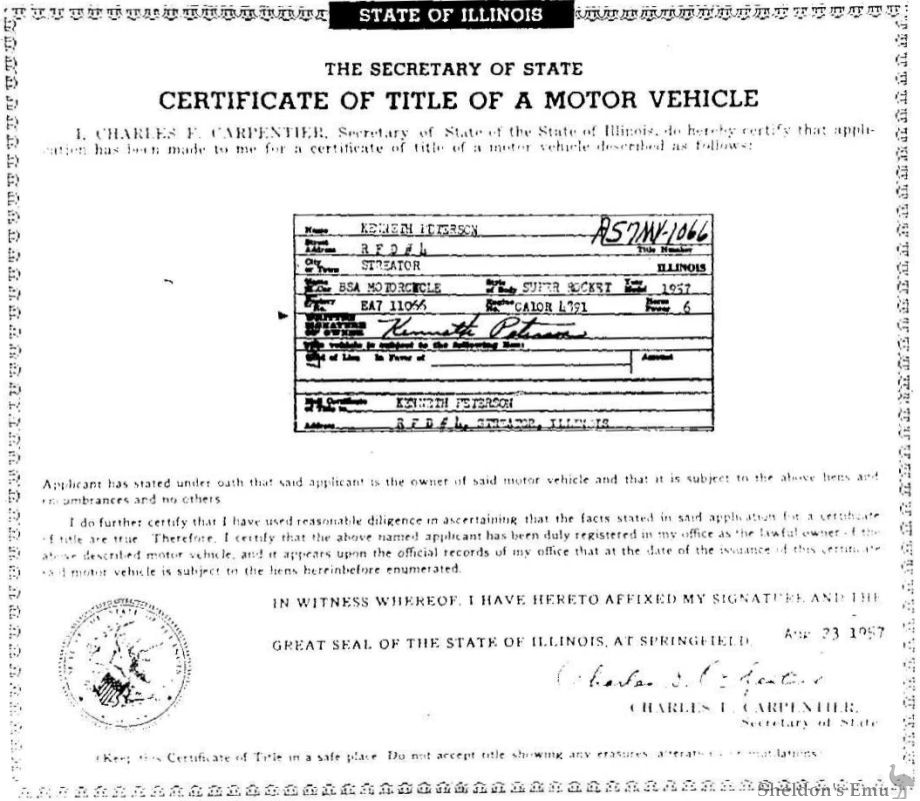 I also have more pictures of a 1957 A10 Super Rocket still in original condition here.

If anyone else has anything to add to this information, email me at Daniel Boss.