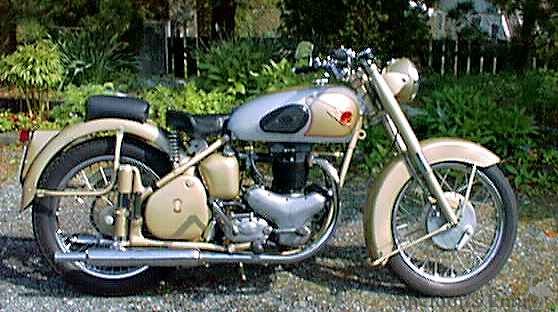 Erling Lund's 1954 BSA A10 Golden Flash. Watch for this bike cruising the streets of Norway!

The bike came from Scotland, and was imported to Norway in March 95. It was nicely restored in Scotland, and Erling did some finishing/touch-up work in Norway (mostly mechanical and engine adjustments).

Carburettor Amal 276. Manual lever adjustment of ignition retard. After some work with the ignition and carburettor it became a reliable first kick starter.