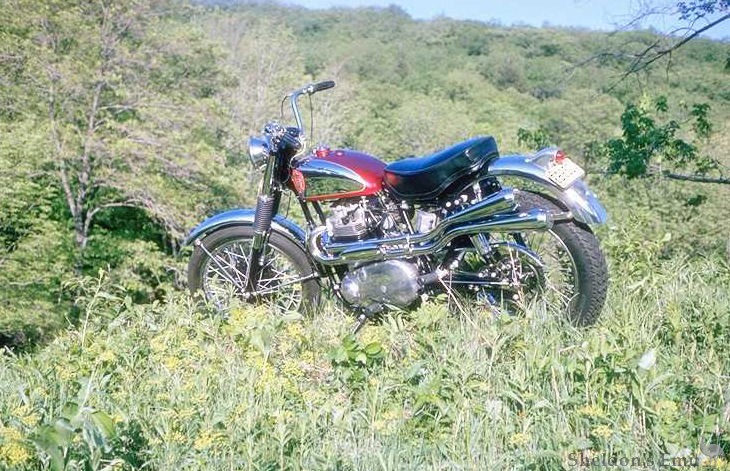 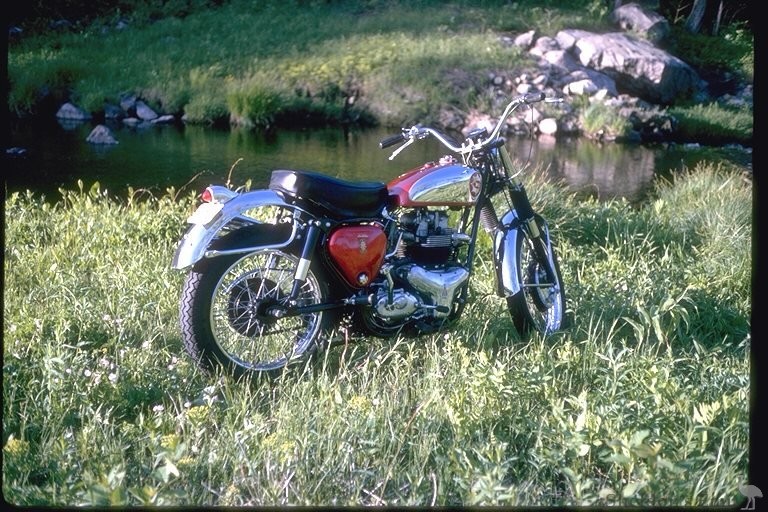 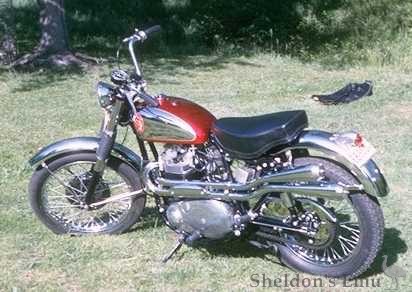 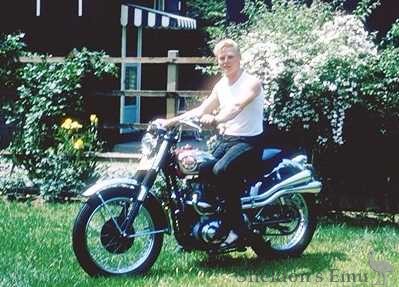 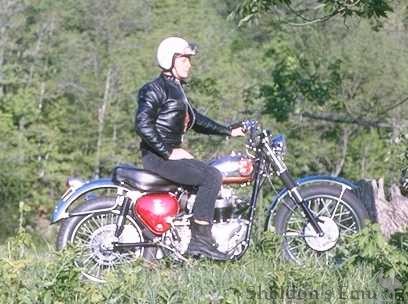 These pictures were taken in 1964 and are about as original as you can get. The bike belonged to Geoff's brother and Geoff still has the pink on it and the frame # was GA10 1538 and he would love to one day locate the bike again. It was purchased new in N.J. in 1964. The only modifications his brother had done to it, was to add the baffles to the exhaust, which you will see in the attachment. As he remembers it was really loud even with the baffles! He also had the primary cover chrome plated and I'm not sure about the chainguard. The rest is as he purchased it. The light kit had already been installed. Geoff owns a 1970 A65T and is in the process of restoring a 1969 TR6R but would love to get his hands on a 63 Spitfire! Write to him at thunderb at sbcglobal.net if you know of one for sale!