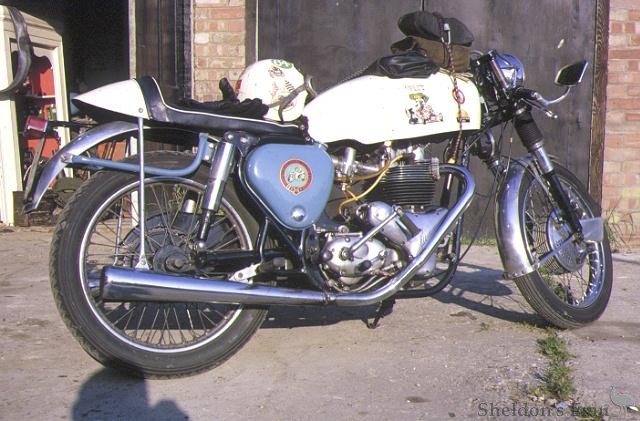 John Keeble's formerly owned 1959 A7. It was originally a 1959 A7 purchased in a sack but fitted with an A10 crank, rods & one half of the crankcase and a RRT2 gearbox. John retained the A7 aluminium head as it gave it more compression. This bike was sold in 1971 to someone in Perth, Western Australia 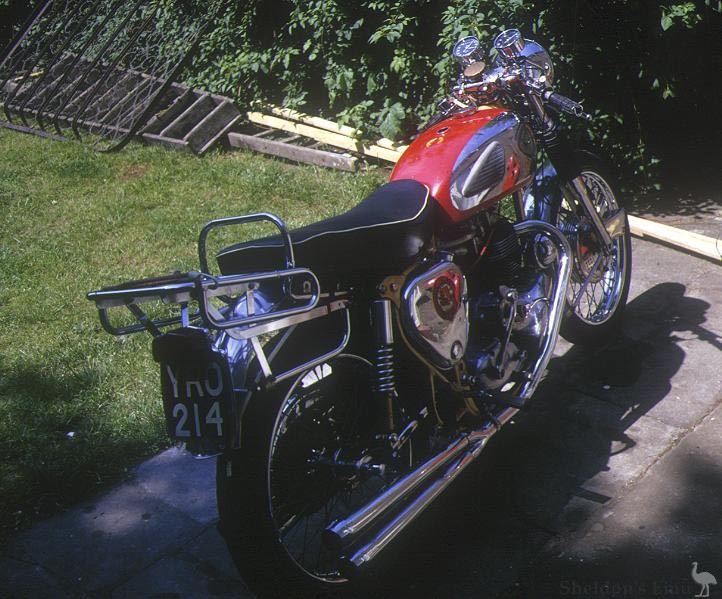 Photo just found of bike when brought to Australia in 1971 It's the same bike as the previous picture.