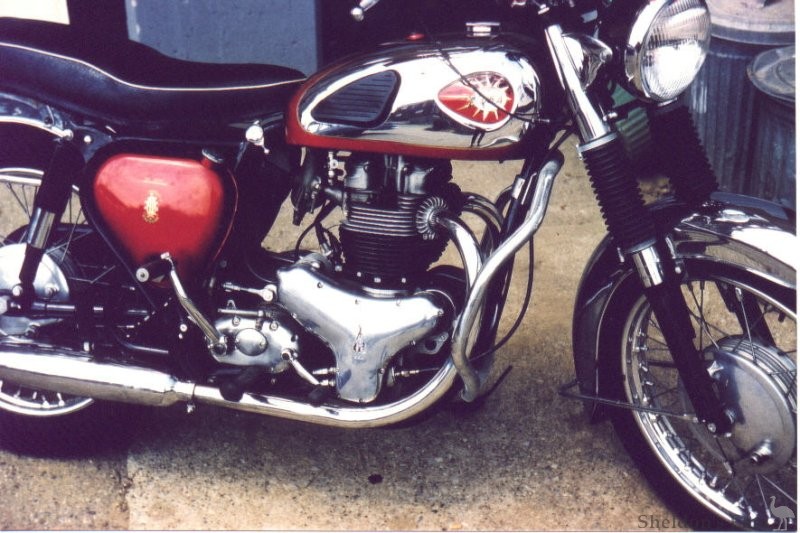 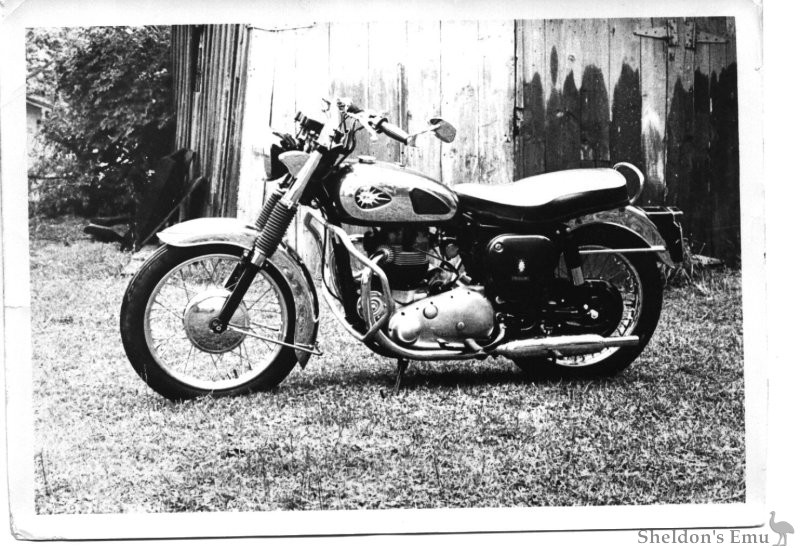 Above is a black & white photo of Walt's '62 A10 Super Rocket on the drive side. Photo taken early 1965. It is an East Coast version with Royal Red gas tank, oil tank, and toolbox. The front crash bar and 4-gal tank were factory options.