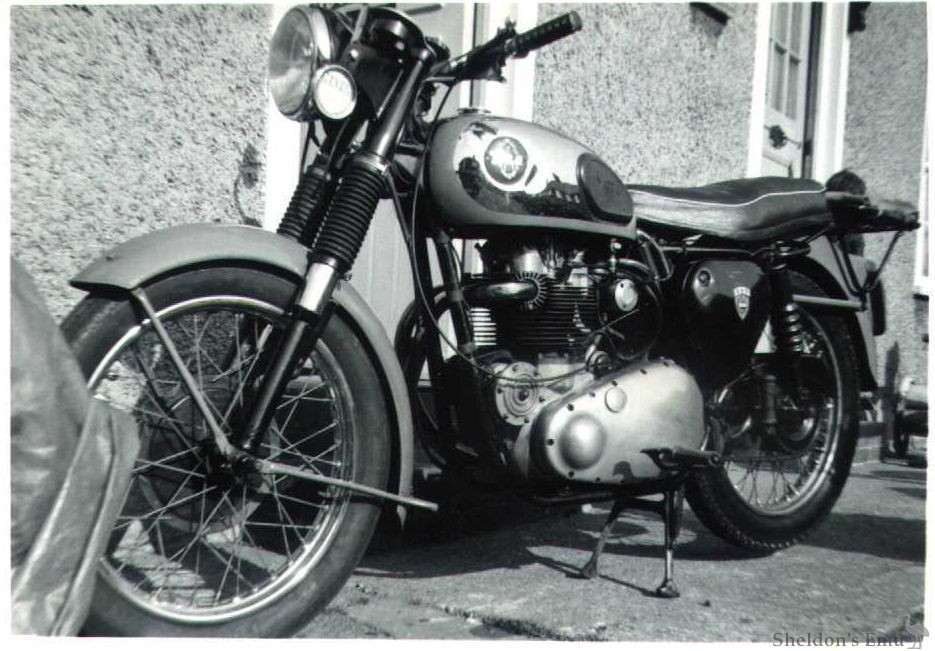 Fred East was not exactly sure of the year of this bike and whether it was a Super Rocket or Road Rocket. It had Siamese pipes when he bought it in 1967 or 68 and he had an a 5 gallon gold star tank on for a while he was touring. The Siamese pipes made it very quiet until it was gunned. You can see the tax disc says May 1968.

He bought it back then for £80 and sold it for £90 thinking he made a good deal!