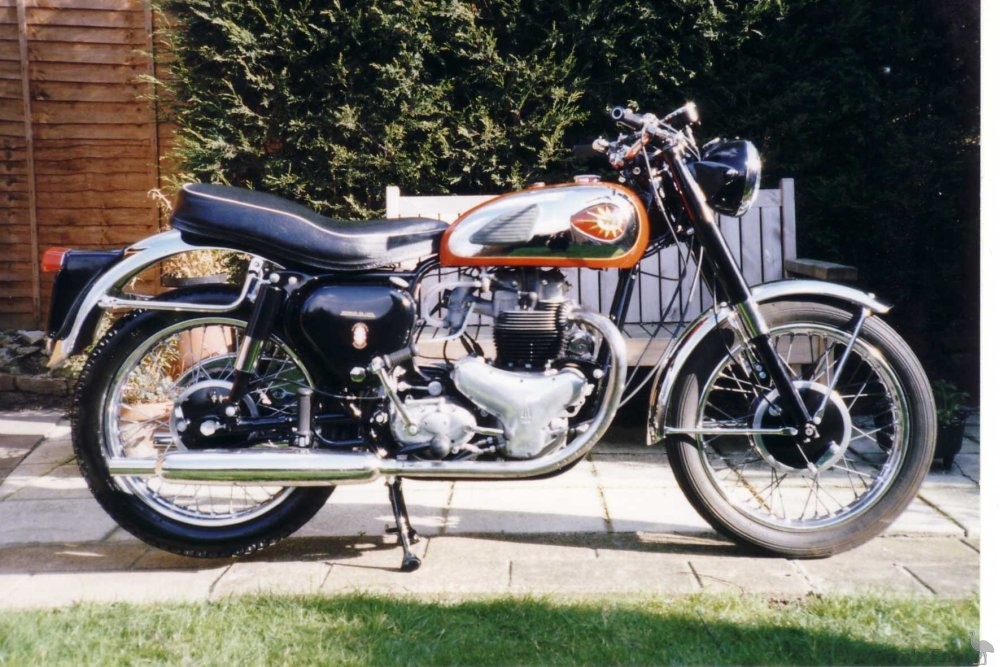 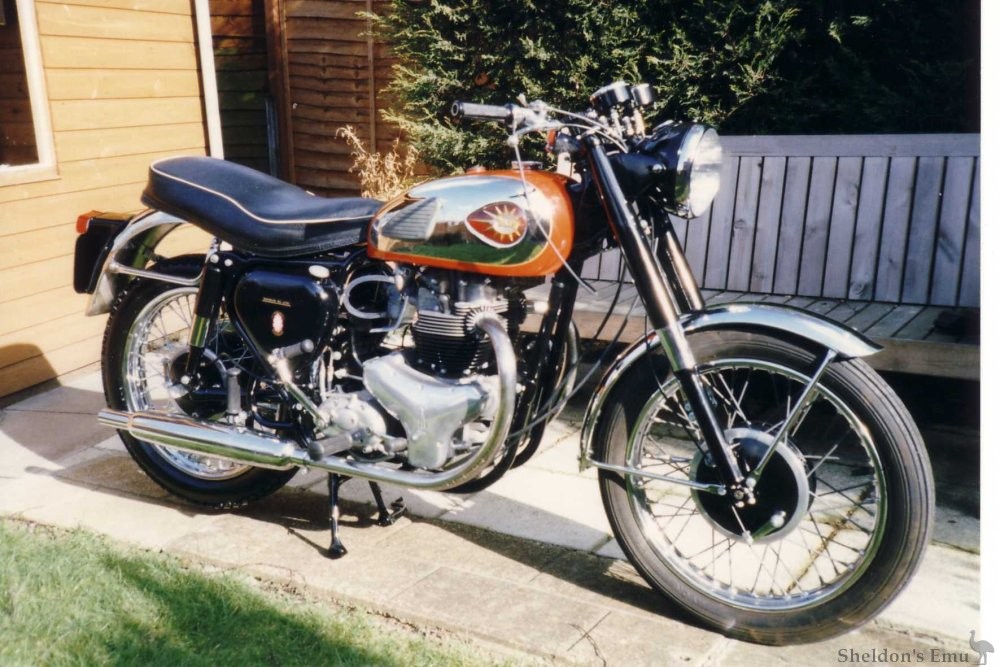 Graham bought this bike in 1965 as an ex police Golden Flash. When the engine died bigtime in 1968, a friend had crashed his Super Rocket Combination and Graham bought the wreck off him. Graham then rebuilt the bike into a Super Rocket and ran it for another 10 years before he stored it in his garage. In 1998 Graham restored it completely and this is the result. It is not restored exactly as an original UK Super Rocket, it has Gold Star fenders etc, to return it to how it looked after he rebuilt it in 1968. Since the photos he has replaced the incorrect Amal Concentric with a new Monobloc and had the magneto refurbished.

The Frame number is from a Jan 1959 BSA Golden Flash first registered by Northamptonshire Constabulary. The DA10R engine is from a 1960 BSA Super Rocket registered probably in London.

Graham Collins is from Northampton, England.