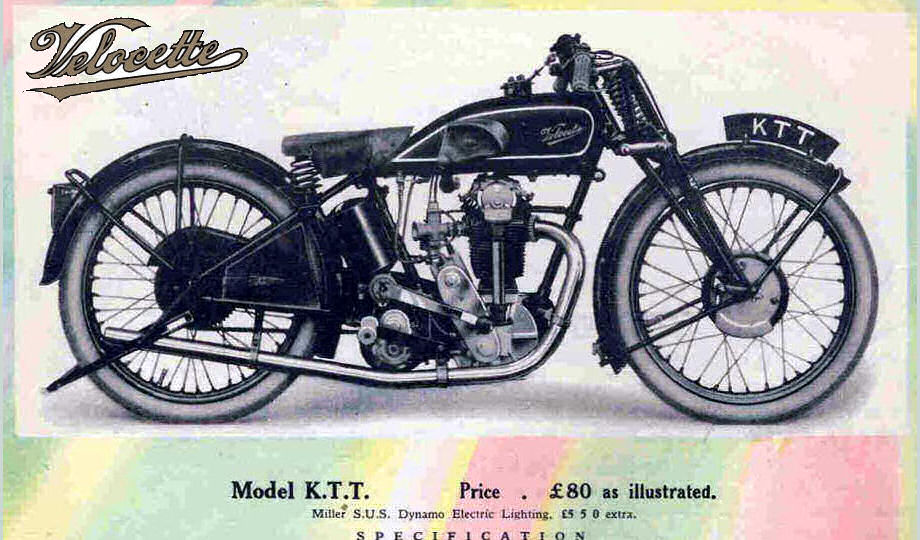 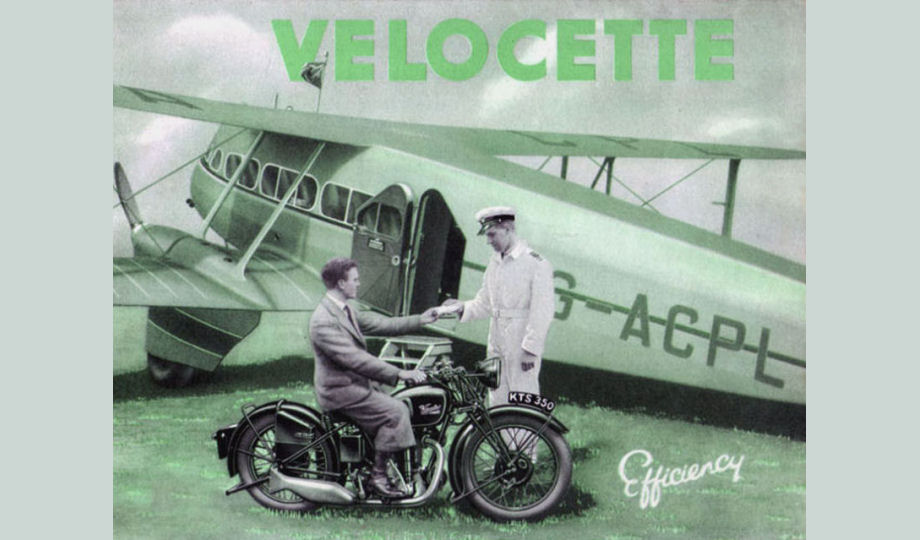 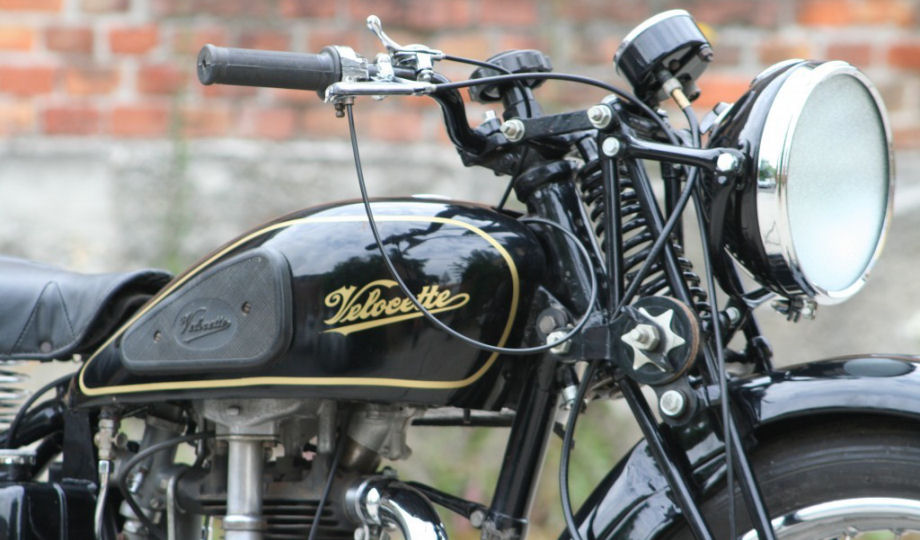 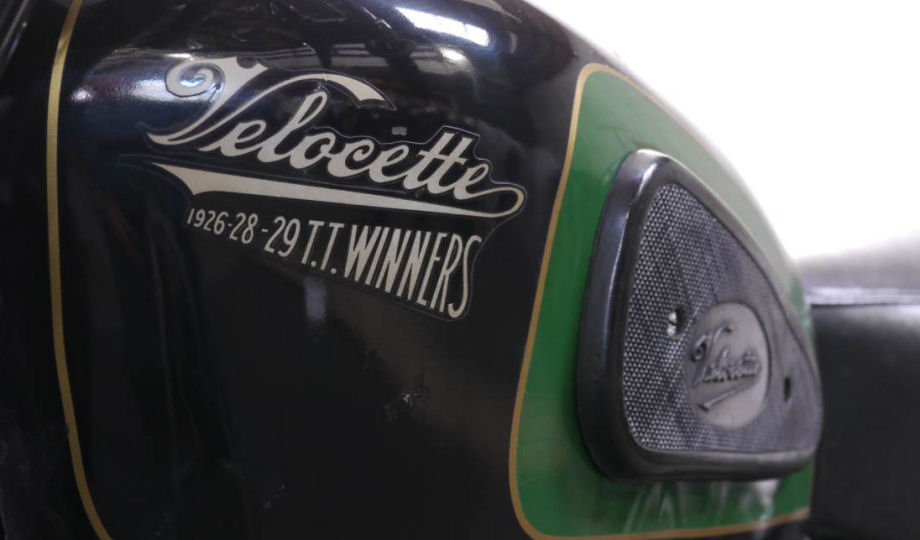 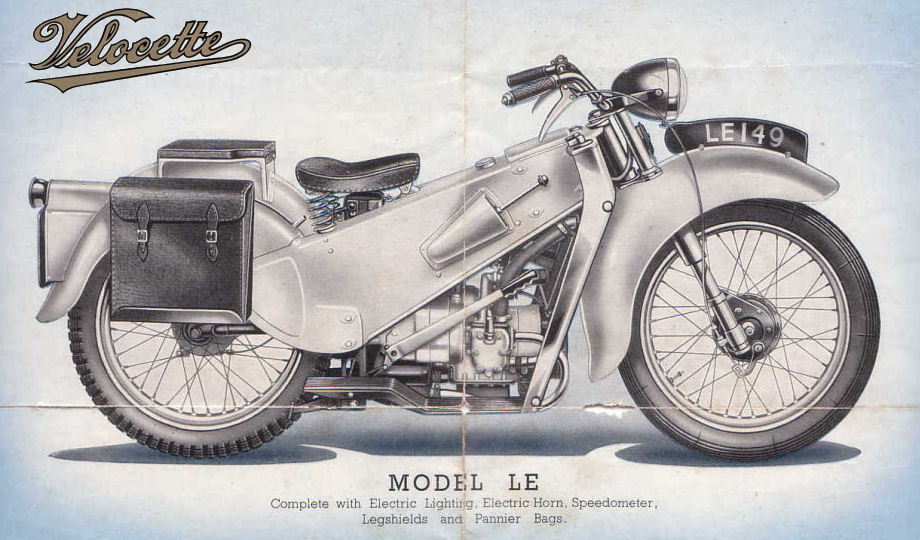 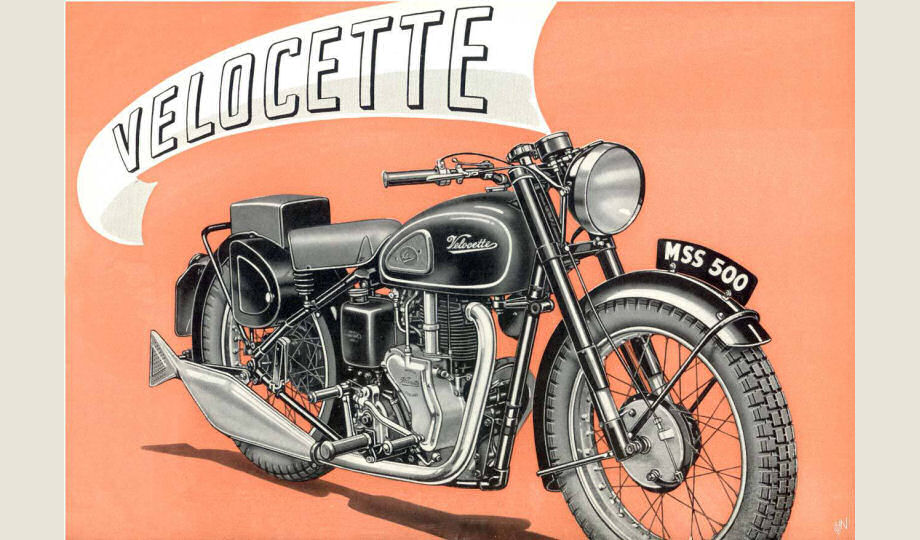 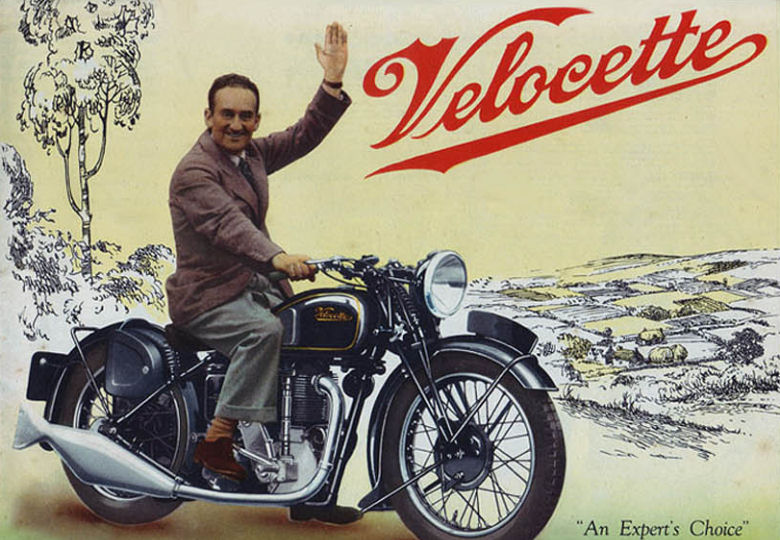 The firm of Veloce was founded by John Gütgemann (later, John Goodman) in 1905 and by 1915 had found considerable success with their lightweight Velocette, so much so that they changed the company name. Velocette History

03-Nov-2020
bob at dytham.com
1960 LE Velocette 200cc MK3
i am restoring the above bike and need some electrics. i need a front light reflector plus glass and wires, i am not sure what the numbers are. i do have the instruments. also a dip and horn switch with wiring and a wiring loom and rear light . could you please reply by email the numbers and cost. i can forward a photo of the light if you require it.
Robert Dytham
United Kingdom 23-Oct-2018
oldtimer.marschhofer at gmail.com
Velocette KSS , 1938 , frame No. 5582, engine -No. KSS 10438 , 83814 mls on the clock
please what value ? will sell , I am 82 years old , reg. FNF 992
My KSS 1938 modernized with rear wheel suspension , early BSA front telescopic forks,
Karl Marschhofer
A-4814 Altm. - Neukirchen , Grasberg 58
Gavin Scaife
April 9th 2017 (See the comments box, above)
Long shot, my father is looking to buy a velocette thruxton in concours or running order that needs a bit of restoration. Anything considered. Sun Aug 21 2016
pooksta7 at ncable.net.au
Velocette Year and model info req.
Velocette U/K
Trying to find out the year and model of a deceased friends Velocette. Possibly a 500 Engine number VM3351. Cant get to the frame number. Bike is original. Thank you.
Geelong Australia Tue Nov 17 2015
baldrics at primus.com.au
1198 Velocette
Velocette thruxton
Hi, On your Velocette page you mention a 1998 Velocette. Are there any pictures of this bike or was a typical Thruxton
Melbourne

I could find no reference to a 1998 Velocette but had there been on it would have been a typo. Ed.


Fri Nov 13 2015
dereksaudi at yahoo.co.uk
velocette e2 for sale
velocette e2
you have above bike for sale call me on 07884931941 thankd
london Sun Sep 20 2015
armstrongnocon at yahoo.com
dating
velocette thruxton
Hi from Australia,
Could you verify if these #'s are correct for a thruxton painted blue and silver.VMT1028C..RS19601.Thanks.
Australia. Wed Apr 29 2015
peterbates11 at bigpond.com.au
parts manual mac 1934 velocat
velocet 1934 mac 350
parts manual
Australia

Mon Sep 15 2014
tim at classicMotorcycleConsignments.com
VIN identification
Velocette KSS
I am in possession of a KSS that is registered in the USA as a 1936. I have the engine # KSS 7804 and frame number MS3451`Can you determine what year it is or should be? Also if you have an opinion as to today's value let me know.
California

Sun Apr 29 2012
stevedavenport2<at>hotmail.co.uk
Workshop Manual
Velocette 1938 KSS
My Dad is restoring a 1938 KSS and needs a proper workshop manual with exploded views of gearbox, engine etc. Any idea where we can get one - photocopy would be fine. Thanks
Warwickshire

Velocette Viper Clubman
I purchased this machine in 2005 as a non-runner. After fitting new valves, guides, magneto, clutch and a general clean up, it has turned into a reliable, fun machine.
Bath

Wed Sep 22 2010
dpetro<at>iinet.net.au
Father's motorbike
not sure not sure
Hi - I am an artist living in Australia - I have been going through my father's photos (he is now deceased) and was fascinated by the motorbike in this picture - I am not sure - but I think it is French - wondering if you could identify it
regards
Debra P
Australia - Sydney

I think the bike is a pre-war MAC Velo similar to this one: Velocette-1936-MAC-Sport-350cc.htm

... thank you for your help, I had sent the club historian 'Dennis' some photos when the bike had been restored and I sent off for the V5. The photos are in England and I will be back there for five days from the 17th of August so I hope to dig them out. The bike is stored in my son's garage on the Wirral and I also have a large file on the bike as one of the first circa1948/49 mark 1s. There is a lot of LE information and the old log book, roadside owners manual together with copies of work shop manuals, sales posters etc. I just hope I can find them as together with the bike it makes a bit of history.
Just a bit hot in Spain now so off for a dip in the med!!!!
Best wishes Steve.

Tue Jan 20 2009
euroshopofwaco at sbcglobal.net
velocette viper scrambler
This is a nice example of a Viper scrambler unrestored, which would fit nicly into your Velocette gallery.
TX

Mon Nov 24 2008
bobmcgrath21 at hotmaildot com
Villiers/Velocette
Nil Nil
I think you will find Velocette made their own two stroke engine for the Viceroy and sold it to DMW. No connection to Villiers.
Australia

I send another manual in order that you publish it if it seems to you, it is of another motorcycle that I am restoring.
Cordial regards from Uruguay.-
--
Nicoli Bueno

Wed Jun 13 2007
bbillrgs at aoldot com
Engine numbers
Velocette Thruxton
I own a Velo Thruxton with the engine number VMT 322. Could you tell me what year this is please.
VA usa

Thu Mar 08 2007
michelle.jackson at xtra.co.nz
velocette model 32
Does anyone have any info on the colour blue that was used on the petrol tank of the model 32 ? any photo or article knowledge would be greatly appreciated. Regards Alex Jackson in New Zealand.

Thu Feb 22 2007
rochmis at earthlink.net
fairing
? Velocette Thruxton
This fairing came with a Thruxton I bought years ago. I'm trying ti i.d. it....one person thought it might be a Rickman. Can you i.d. it? Can you give me an idea of value, since I intend to sell it? If you can give me your email address I can attach the pictures.
Fairfax, VA, USA

Fri Feb 02 2007
dante.petrucci at libero.it
searching for frame number position
Velocette kss 1932
I am loocking for the original position where the serial nr is located in the frame and if it is starting with letters and then the serial nr of the frame as KSS 4880

Fri Feb 02 2007
d.baddeley at btinternetdot com
Velocette MAC
Thinking of selling my 1939 model. 90%+ original runner on the road. Some renovation done. 27 years owned by me, I am 2nd registered owner from new. How much is it worth please?
Crewe UK

Fri Jan 26 2007
airambill at yahoo.co.nz
Thruxton 1966? engno 486
4 sale $25000 Aus condition good ridden 3 times in 30 yrs part of my private collection.Many others Silk Egli Vincent Rudge Ulster Invincible
Australia
......
... velo has english plate 214 TCV Rudge FXN 465 ,Rudge is original unrestored ride it home! yes to England .Egli Vincent 12000 miles it has lightning spec motor did 90 mph in second gear..........scared the sh*t outa me I was 40 when I last rode it TRUE kind regards from N Z and thanks for your speedy attention Billy

Well hope you got them, the Egli has a story which I have not yet verified but I was told by the previous owner that it was one of five built by Eric Cheney two others servive one the same the other differs the mate to this one is in the US.Simon Cheney should know,but I do not have an email address for him.,and I have yet to work out where the frame no is , all I know it differs in the frame (rear mudguard bracket) it is a bit like a commando with a tube over the top off the rear guard.Patrick Gobert in France makes a copy its $110,000 kiwi dollars a guy in Auckland has one it has electric start and is painted green not alloy like mine ,also mine has coil ignition mini cooper twin point . I have refused US 50000 but I am getting older and have trouble kicking it over..........many years ago I bought a house for it and its14 mates that include a couple of cars its happy there!
Russell it has survived three divorces I chose the bikes. .I have a Morris 8 car that I bought when I was 21 almost 61 now ..........hope this info helps many thanks Bill

This and other stolen Velocettes are also listed here:
http://www.velocette.org/

Sat May 27 2006
ve4eo at mts.net
velocette mk5
i used to race this model in the early fifities at brands hatch and other tracks mainly for fun great days
winnipeg canada

Sat May 13 2006
chadtayo at ntlworlddot com
velocette le police bike
i have just restored my le and find machine not charging . its wired as per ac4 miller diagram but mine has been converted to electronic 12volt system it all starts and runs well but not charging, any ideas please
northampton

Wed Apr 19 2006
john.deary at ec.gc.ca
Velo Thruxton
Velocette Thruxton 1968
Hello, I own (original) a 1968 Velo Thruxton with a full Avon fairing and a reverse megaphone (?) exhaust. This is how I received it-I have not been able to find a reference or picture of a similar set-up. How many like this were produced? surely I don't have the only one!...

Kindly let me know the charges that i've to pay including the postage
charge. Your Co-operation will be highly appreciated

Fri Sep 09 2005
792qam at culdrose.mod.uk
Velocette LE
Got a 1965 Velocette LE in Police style I'm thinking of selling. It's all running and MOT'd with loads of spares (engine, wheel, exhaust,fly-screen, radio holder, tin-ware etc). It's all original, unrestored and in good condition. How much is it worth? Graeme.

If you have a query about Velocette motorcycles please contact us