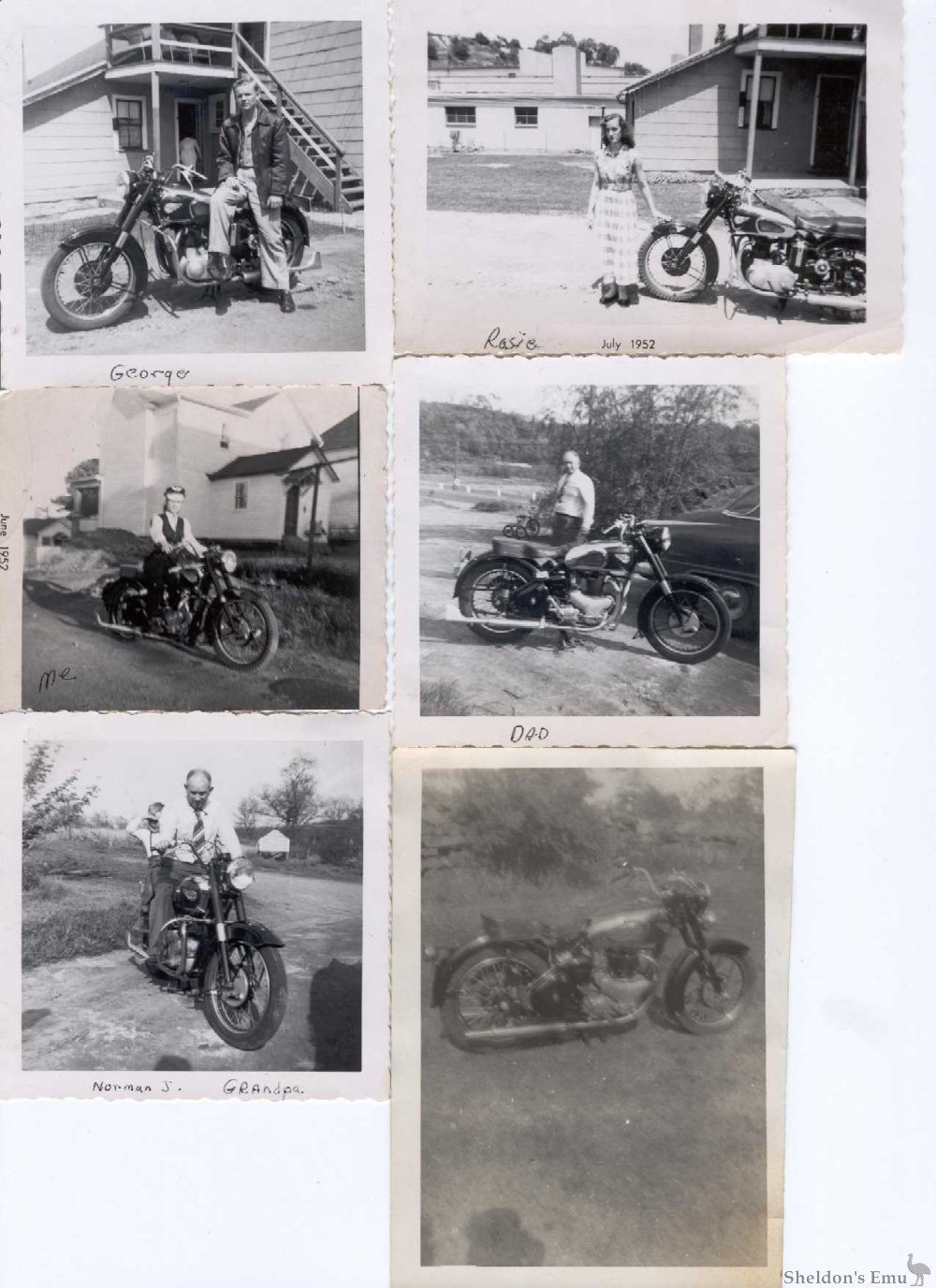 These are ORIGINAL photos of George's bike taken in 1952. George can be seen in the photo sitting side saddle. The other is his wife and another is his wife's sister. The older gentleman is his father.

The bike was purchased from Ed's Cycle in Yatesville, Pa. He bought the first bike from him after he got the dealership. The bike was sold in Chicago in late 50's.