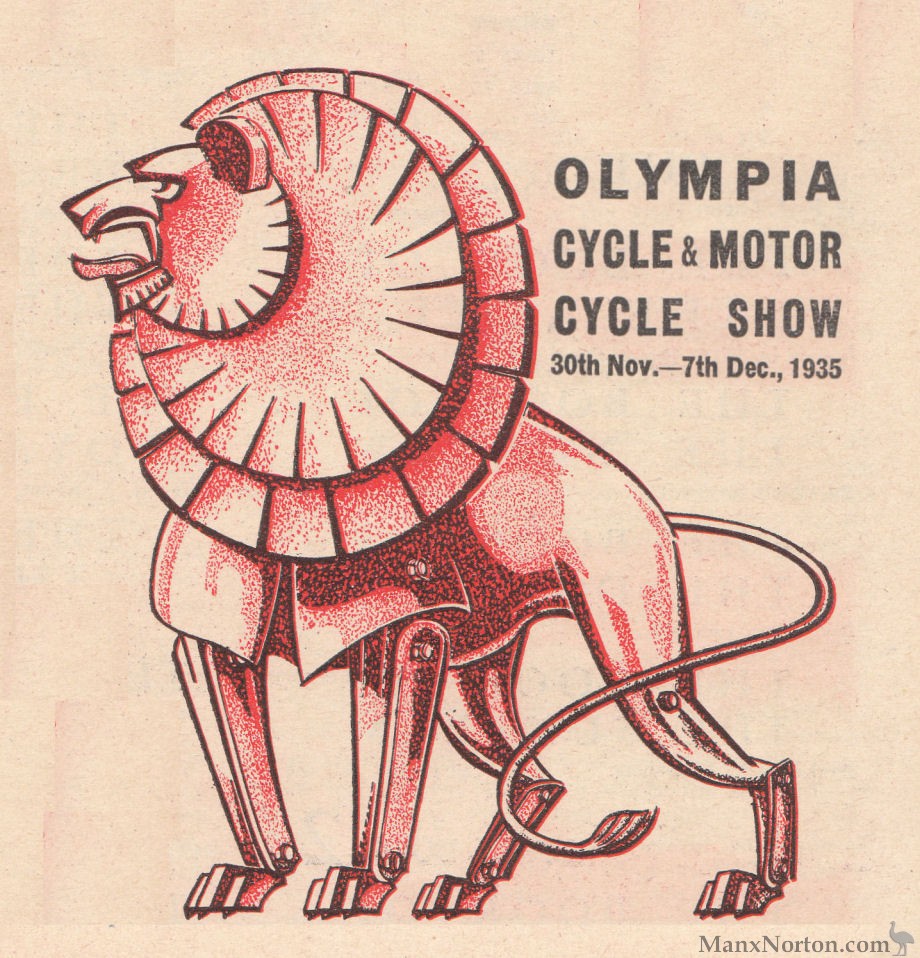 1936 Models at the Olympia Show

IT is reasonable to assume that manufacturers exhibiting at Olympia place the most emphasis upon the models they expect to be the best sellers. Thus, if a particular 500 c.c. model is looked upon as being the most important in the range, several examples are usually displayed. Hence an analysis of the machines at Olympia is of more than passing interest.

All told, there are 320 machines on manufacturers' stands. Of these, 277 are solo motor cycles, thirty-one sidecar outfits, and twelve three-wheelers.

Over 13 per cent of the machines exhibited have more than one cylinder. There are eleven four- cylinders and thirty-one twins.

Push-rod operated overhead-valve engines, of course, hold sway numerically. Slightly over 63 per cent, of the exhibits are of this type. Next in order comes the side-valve type (18.5 per cent.); then the two-stroke with 11:3 per cent., and overhead-camshaft designs, 6.5 per cent.

How widespread has been the adoption of the four-speed gear box will be gathered from the fact that this year no fewer than three out of every four machines are so fitted. That sensible feature, foot operation of the gears, is now standardised on a large proportion of the exhibits, both touring and sports machines.

In the majority of cases the gear box is separate from the power unit; nevertheless, no fewer than thirty machines have unit construction.

If you have a query about this page please contact us