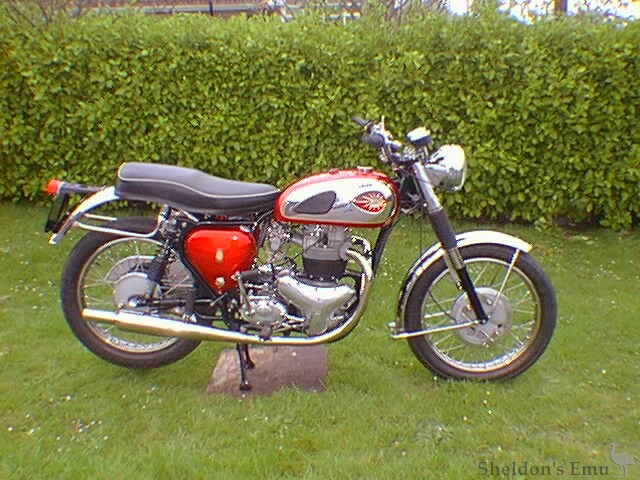 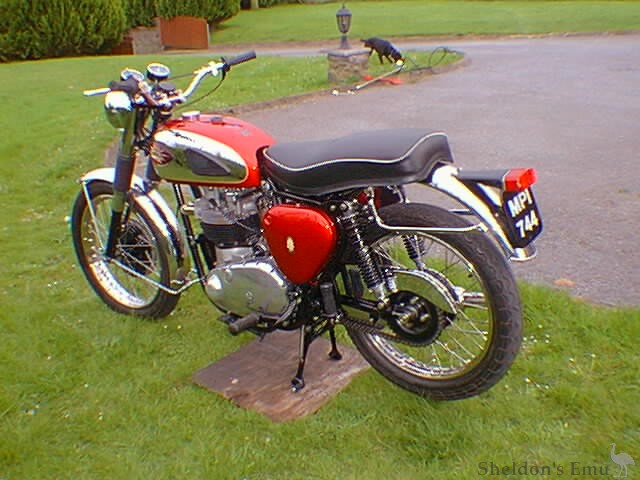 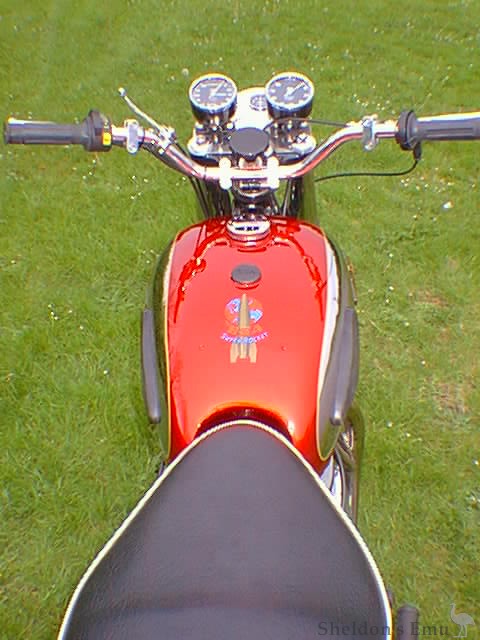 John O Regan's 1961 BSA A10 Super Rocket. John bought the rolling chassis and a box of parts in 1990 and built it one piece at a time over 12 years (family etc) finally finishing it in 2002. Since the photos were taken he has fitted standard UK bars and a larger 100/90 Avon rear tyre All the fasteners are stainless along with the mudguards etc. A Taylor Dow front brake came with the chasssis and is now in a Gold Star 8" hub. Taylor Dow 2 way dampers are fitted to the forks. The motor is to full RGS spec, big valve head and a balanced SRM crank, 357 cam etc. The RRT2 gearbox was damaged and has been replaced with an STD (standard) unit.

Watch for John on his bike on the streets of Limerick, Ireland.