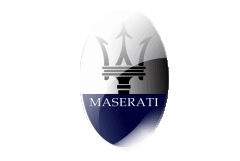 The history of the Maserati M2 scooter began when Maserati entered the motorcycle market by purchasing the Italian motorcycle manufacturer Italmoto and also basing some of their models on the German DKW designs. The Harley Davidson Hummer was among several famous motorcycles that were also inspired by the DKW design.

The Maserati M2 scooter was the result of the collaboration between Adolfo Orsi, who bought the financially troubled Maserati Company in 1937, his son Omar Orsi, the managing director of Maserati, and their good friend Renzo Rivolta, the founder of the car manufacturer Iso Rivolta

Rivolta developed the Isetta micro-car in the 1950s, sold in Italy and licensed to BMW saving the Bavarian car manufacturer from a possible bankruptcy. Rivolta produced not only powerful sports cars, including the renowned Iso Grifo but also motorcycles and scooters.

Maserati with the help of Iso Rivolta produced two concept / prototype scooters in 1957, the M1 (probably a 125cc) and the M2, 150cc  The M1 has been unfortunately lost to history, leaving the M2 as the only scooter in existence bearing the well-known Maserati name and the legendary trident trademark.

The two prototypes were brought to Mexico City with the intention of introducing Maserati scooters to Latin America.

It appears that Pedro Rodríguez, later renowned as a Mexican Formula One racer, may have been involved in promoting the scooter in Mexico City. Pedro was driving for the NART team at the time (North American Racing Team) and later with Ferrari, Maserati, Lotus, Porsche etc. He died during a race in Nuremberg, 1971.

The two sister scooters, the M1 and the M2 made their stage appearance at the prestigious Benjamin del Campo dealership in Mexico City, surrounded by other distinguished badges of the day, such as Harley Davidson, Royal Enfield, BSA, Norton, Gilera and others.

Unfortunately the promotion was unsuccessful; Omar Orsi (Maserati) decided not to go any further with the plans and left the scooters behind, a memory of the only attempt by Maserati to produce a scooter.

If you have a query about Italian scooters or have information about these classic Italian machines, please contact us