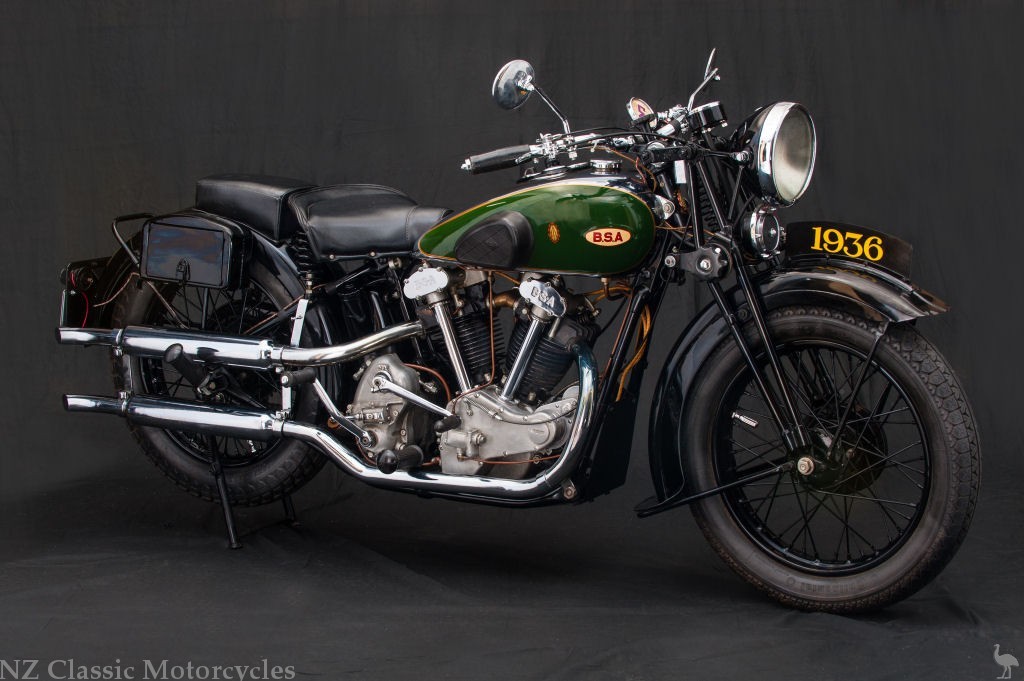 Mounted in a cradle frame with girder forks, the engine has roller main bearings, dry sump lubrication, and a four-speed gearbox with high and low range for sidecar operation.

Instruments are housed in large panel atop the fuel tank, and the headlight may be fairly easily dismounted for nighttime repairs or camping.

BSA also produced a range of sidevalve V-twins dating back to the 770cc Model E of 1919. The last of these, the 986cc Model G, continued until the early post-war years.